On the Beat With Jason Midas of 2econd Wrestling

Larkin got his hand raised in victory. His manager Jason Midas congratulated him. Larkin left the ring, but Midas stayed behind, approaching Orlandi. He handed Orlandi a card. In an subsequent interview for The Every Day Fan, Orlandi admitted it was a business card and Midas was pitching his managerial services.

Unfortunately, in that interview, Orlandi only admitted they were in talks. He did not reveal any more details. I figured Midas wouldn't divulge much more, but I had to take a shot in my interview with him today. That interview is on the Johngy's Beat YouTube channel at On the Beat With Jason Midas.

We started with a little talk of his background. Midas talked about his interest in wrestling, his favorites and his derailed in-ring career due to injury. The versatile, multi-talented Midas did not sit on the sidelines though. He developed into one of the hottest managers on the Chic area wrestling scene.

He discussed his managerial idol, what he does to be special, working the crowd and more. He explained his sometimes nefarious acts in a way that made me see his side of things.

Then I made my move and tried to pry information about his plans for the upcoming 2econd Wrestling show. Much like Orlandi, Midas was tight-lipped. He seemed to enjoy toying with me about the possibilities. Maybe he was also sending a message to Orlandi.

Despite what appears to be Midas recruiting Orlandi, I must also ask whether this is part of a bigger plan of his. Perhaps this is part of his mind games. Maybe Orlandi gave his guy Larking too much of a challenge. Maybe Midas wants Orlandi to think he is recruiting him.

After interviews with the two men involved, I am really left with more questions and scenarios. Fortunately, I will be at the show to see what develops.

2econd Wrestling's next show is Dynasty on December 11 in Northbrook, Illinois. It's their anniversary show and the card is stacked. Already announced are Missa Kate versus Killa Kate and Dak Draper versus MLW champ Hammerstone. There's also an 11 Stars Battle Royal, to crown the first ever Maxwell Street Heritage Champion. Notice it features 11 stars. As we know with 2econd Wrestling, there could very well be woman in that match. Also announced is the return of Colt Cabana.

I will be “On the Beat” watching the action and reporting back here. Hopefully, I will get some clarity on the Midas-Orlandi situation. 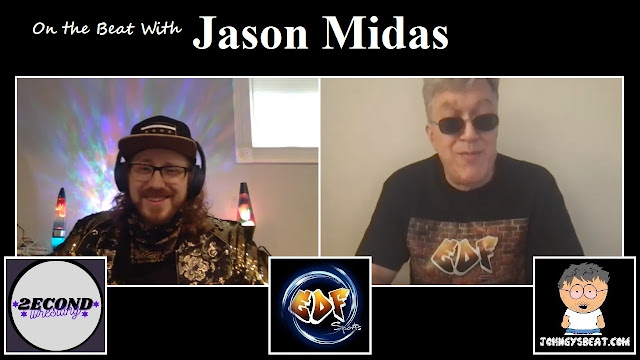