A native of Mount Vernon, Washington, Timothy Leif Oshie starred on the ice for the University of North Dakota. The St. Louis Blues selected him 24th overall in the 2005 NHL draft.  He played seven seasons with the Blues, before being traded to the Washington Capitals. The center-winger is still going strong with the Caps. One wonders if he would like to finish his career with the Seattle Kraken. He repped his home town Seahawks to earn his Celebrity Jersey Card. He wore the standard #12 jersey as he raised the flag. 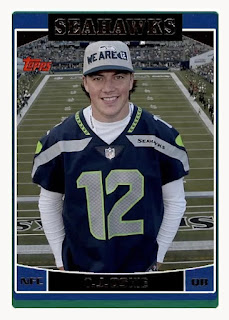 Born in Chicago, Illinois, Jody Watley has entertained folks for 40 years. After getting her start on television's Soul Train, Watley became one of the original members of the R&B group Shalamar.  She ultimately moved on to a solo career and won the Grammy Award for Best New Artist (as a solo artist) in 1988. Watley earned her Celebrity Jersey Card when she sang the National Anthem for the Chargers. Her #87 jersey could be for tight end Jared Cook. 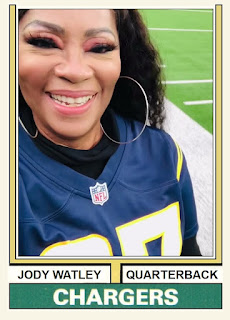