On the Beat With Chuck Burgi

Yesterday morning, I interviewed longtime drummer Chuck Burgi. Currently with Billy Joel's band, Burgi has performed with many others over his successful career. That interview is at On the Beat With Chuck Burgi.

In my younger days, I would scour album covers and liner notes for every bit of info. In the early 80s, I first saw Burgi's name appear on a Hall and Oates album. Back then, I saw his name on other albums, but didn't know much about him. Thanks to the internet and YouTube, it has been easier following his career.

Chuck started drumming in his teens. Over the years, in addition to Hall and Oates, Chuck drummed for acts including Meatloaf, Michael Bolton, Blue Oyster Cult, Diana Ross, Bon Jovi and more. Chuck was in the band for Movin' Out, the Twyla Tharpe-Billy Joel musical, for its run on Broadway. In 2005, Chuck became Joel's drummer, a position he still holds.

When I reached out to Chuck about an interview, he very graciously agreed to give me his time. After setting the date, I anxiously counted the days, while re-watching other interviews with him to develop my questions.

I was about to interview a music legend with decades of experience. I couldn't possibly ask him every question I had. He agreed to give me time, but not a week. As I tried to trim my list to the best questions, I remembered advice a former editor once gave me.

This was my one chance to talk to someone I admired for years. I should just ask a handful of questions that interested me. A person with his resume would certainly have plenty of fascinating stories. I trusted my instincts and asked him what I wanted to know and Chuck gave fantastic answers.

The morning of the interview, I put on my River of Dreams tie, a detail Chuck very observantly noticed, and hopped on Zoom awaiting Chuck. Arriving on Zoom a few minutes early, Chuck immediately put me at ease with his friendly banter and away we went.

As always, I started by asking how Chuck got into drumming and when he realized he would make a career out of it. From there, the topics went to drumming for so many different style bands, fitting in with established bands, the Movin' Out musical, Billy Joel and more.

I originally asked Chuck for about 15 minutes of his time. As the interview progressed, I saw us pass that, but Chuck was very kind to allow us to go around 30 minutes, at which point I figured I had taken enough of his time. Before we ended, he did offer to do a Part Two in the future and I definitely will take him up on that later this year.

Until then, I will revel in the fact that I landed a bucket list interview with an incredible drummer and a great person. I thanked him in the interview and again via email. I hope he knows how much this meant to me.

Of course, regular readers of mine know I have been a fan of Billy Joel for almost 50 years. I have been to 15 Billy Joel concerts, including one in Madison Square Garden last October, a dream concert. Chuck was the drummer for more than half of those concerts, as well as for Movin' Out, which I saw several times.

Along those lines, as was recently announced, a July show will continue Billy Joel's residency at MSG. That show will mark his 92nd monthly and 138th lifetime show at MSG and he shows no signs of stopping. Neither does Chuck.

I greatly appreciate Chuck's time and consideration. This was a thrill for me and I hope you enjoy learning more about this longtime drummer. Go to BillyJoel.com for more info on Chuck and all things Billy. 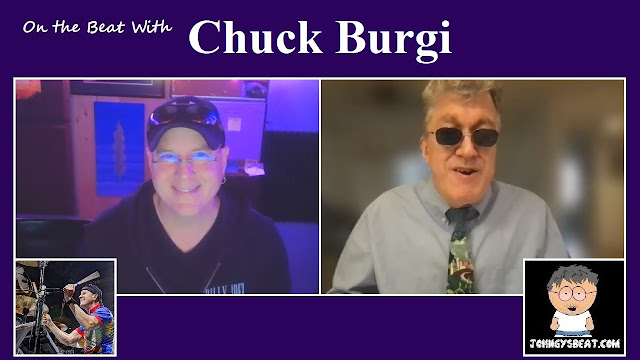