Celebrity Jersey Cards is a regular series which attempts to combine my passion for bubblegum cards and my interest in celebrities.  Bear Down Monday appears for every Bears game and features some connection to the Bears or their opponent.  Today, I combine the two features.

Today, the Bears play the Dallas Cowboys.  Both teams are 2-1 and tied for first place in their respective division.
I have always been a Bears fan, but much to the dismay of my childhood best friend, I was also a fan of the Cowboys.  I loved Danny White, Golden Richards, Charlie Waters and on and on.  Sometime around the time I reached adulthood, I left the Cowboys behind.  I never hated them.  I just became ambivalent towards them.
While debating what to write for today's game, I came across a couple of celebrities wearing Cowboys jerseys.  Actually, they happen to be two of my favorite wrestling personalities.  I might have to rethink my stance on the Cowboys.

Mickie James is one of the most talented female wrestlers today.  She has also embarked on a musical career.  I met Mickie at the Motor City Comic Con and she was as sweet as could be.  Mickie is wearing Tony Romo's #9 for her Celebrity Jersey Card.  Many women might say that Romo is dreamy, but I think Mickie wears it much better! 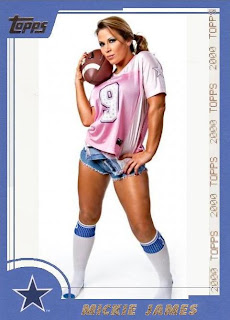 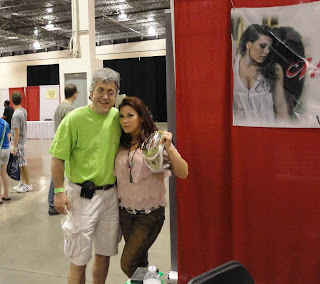 I first met Mike Bucci at Wizard World.  I had always been a fan, but after interviewing him, I was so impressed.  Since then, I have met him many times at Resistance Pro Wrestling events and Mike continues to be a great guy.  He is also a huge Dallas Cowboys fan. 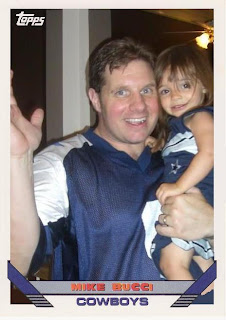 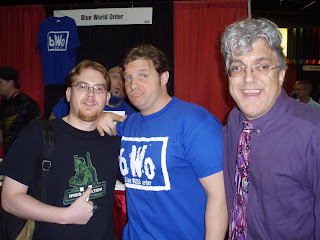