The Chicago Cubs are playing the Pittsburgh Pirates today.  Therefore it is the perfect time to present a couple vintage photographs of one of my favorite Pirates from my youth.
I wrote about Harry Saferight a few years ago at Autograph Tales: Harry Saferight.  Saferight was a catcher in the Pirates organization when I first started following him.  He had previously played in the Phillies organization and would later play in the Braves, Orioles and Twins systems.  Saferight is pictured on a 1980 tri-player "future stars" card.  He did make it to the majors with the Pirates, but never got into a game and is considered a "ghost" player (Meaning he never officially got into a game, but was actually on the roster for at least one game).
After that piece ran, I received a nice note from Connie, who knew Saferight from back a few years.  She told me of some fun times and I appreciated her note and hearing about those days.
Recently, Connie contacted me again and sent three pictures and the following note:

Hi Johngy:
It's Connie Bay again and I finally found pics of Harry at FSU. The first two are old newspaper clips and the third was at my home. He and Ron Cash came by to see me before one of his games. Of course I was thrilled. They were really sweet guys and good friends.
Seems like a life time ago, but we all enjoyed the games and still love FSU games!!

How cool is that?!  Not only did Connie remember me, but she sent those great pictures.  I love seeing old pictures of former players, especially former favorites of mine.
Ron Cash did make it to the majors with the Tigers for parts of two seasons.  Unfortunately, he passed away in 2009.  His nephew, Kevin Cash, had an eight year career in the majors, mostly as a backup catcher and is currently a coach with the Indians.  One fact spills into another and then into several more.  I love old baseball.
As for Connie, she became a school principal for twelve years.  I wonder if she had old baseball pictures in the principal's office.  Now that would be cool!
I really appreciate Connie sending these pictures.  As I have written so many times, in the pre-internet era, you rarely would see pictures in any papers of non-stars.  Seeing these cool pictures brings me right back to my childhood.
I feel good.  I am ready for baseball.  Thank you Connie! 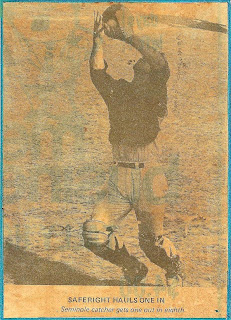 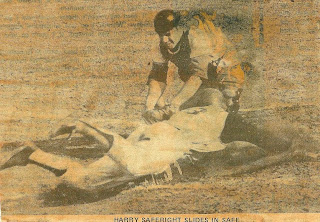 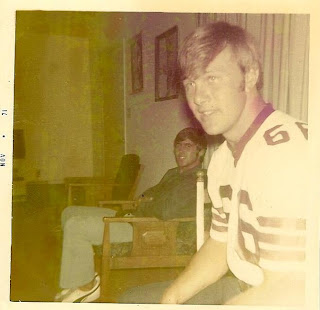