For the first time since the debut of the blog, I am not doing a year end recap of my interviews.  While I like reliving each interview and seeing all of the faces together in a giant interview collage of sorts, there were just too many this year.
The fact that the number is so high is a great thing.  JohngysBeat.com really got out there this year.  We covered sports, wrestling, comic cons, music, fundraisers and more.  We talked to Hall of Famers and rookies.  We interviewed men, women and children.
Speaking of children, we had many youngsters join the JohngysBeat.com team.  Noah Sanchez, Christopher Atsaves, Peter Atsaves, Steven Agos and Andrew Pabst all had some time in front of the camera.  They joined other JohngysBeat.com first-timers including Michael Bradley, Scott Steiner, Jack Keenan, Jim Gekas, Stoney McGee and Cuzz Gekas.
Of course, the usual JohngysBeat.com veteran interviewers got plenty of camera time, too.  Thank you Matt Parker, Chachi Gekas, Scott Beatty, Jason Fleigel and Eric St. Vaughn.
It was a great year and we all had a blast.  We hope to do even more in 2014.
Before I end, I would like to give one more plug to the major organizations who partnered with JohngysBeat.com.  Thanks to all and Happy New Year! 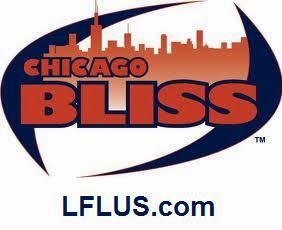 Continue the good work of keeping us informed!!