This is a series concept which I borrowed from other bloggers.  When I was a kid, it drove me crazy that there was not a card for every player with each team on which he played.  I am now trying to correct some of those oversights.

Bobby Hull represents one of the biggest mistakes the Blackhawks ever made.  After 15 stellar seasons with the Hawks, Hull jumped to the WHA because of the frugality of the Hawks management.  Hull went on to play 7 seasons with the Winnipeg Jets in the WHA (he was also a coach for the team).  When the WHA folded and four teams were brought into the NHL, Hull should have returned to the Hawks, but management blundered and he returned to the Winnipeg Jets for part of the 1978-79 season, before ending his career with the Hartford Whalers (where he teamed with Gordie Howe).  The Hawks would bumble once more several years later when they failed to sign Brett Hull as a free agent. 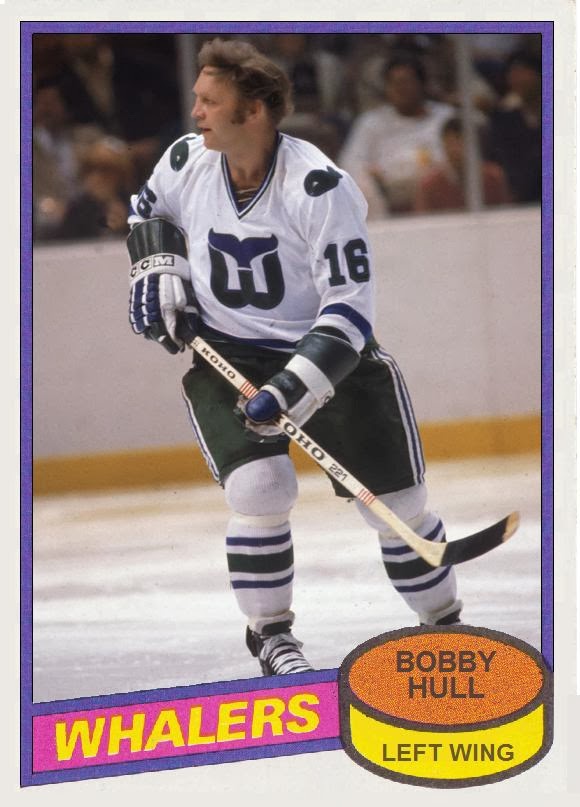 Dennis Hull is Bobby's younger often underrated brother.  In his book, The Third Best Hull, he tells the interesting story of his start with the Hawks.  Bobby and Dennis took advantage of an "ice time" rule, which then forced the Hawks into keeping Dennis on their roster.  It paid off well for them though, as he went on to play 13 excellent seasons for the Hawks.  He played his final season in Detroit, as a favor to Ted Lindsay, then the GM.  I think the expression on Hull's face on this card sums up his feelings for playing in Detroit. 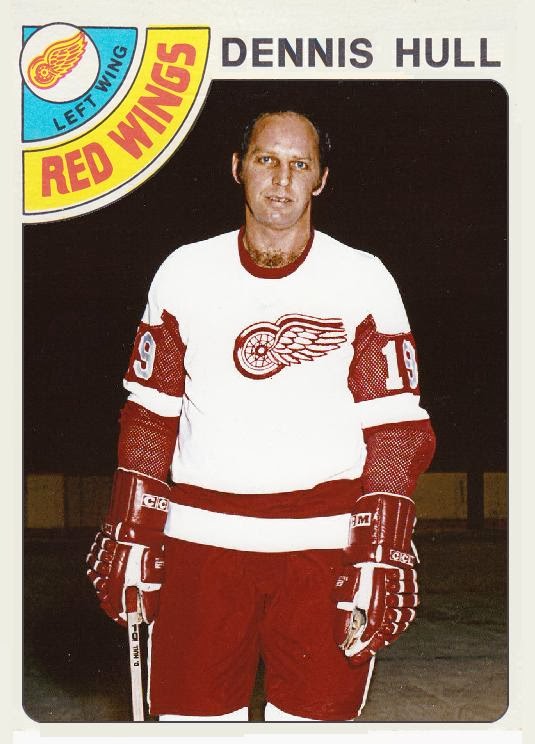