Tony Esposito stared his NHL career by playing 13 games for the 1968-69 Montreal Canadiens.  He was claimed by the Blackhawks in an intra-league draft during the offseason.  He played 15 seasons in Chicago, winng 3 Vezina trophies and playing in 6 All-Star games, on his way to a Hall of Fame career.
While I loved Esposito and clearly he will always be remembered for his time with the Hawks, I always like to see players pictured with every team for which they played.  When I saw that Espo had a 1969-70 card, I was surprised to see him pictured with the Hawks.
He joined the Hawks in the offseason, yet his card shows him with the Hawks?  Times have changed in the world of sports cards.  Now, you might not get shown in your new uniform even if you played or them at the end of the previous season.  So much for technology, but I digress.
I cannot say Topps was wrong for showing Espo in the Hawks sweater, but I decided to make an alternate card to their offering.  There are not that many pictures of Espo with the Canadiens, but I found one that worked.
Tony Esposito is one of the greatest Blackhawks ever.  He was one of my mom's favorites and he is one of my favorites.  I will always think of him as a Blackhawk, but I now present Espo as he started with Les Habs. 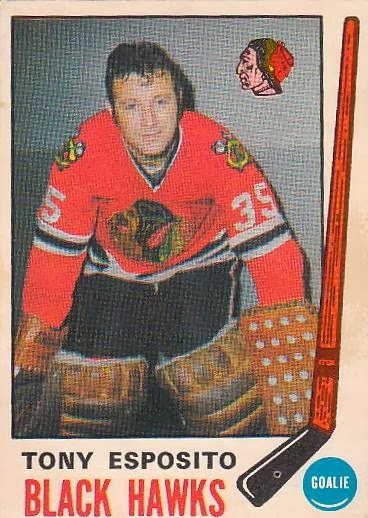 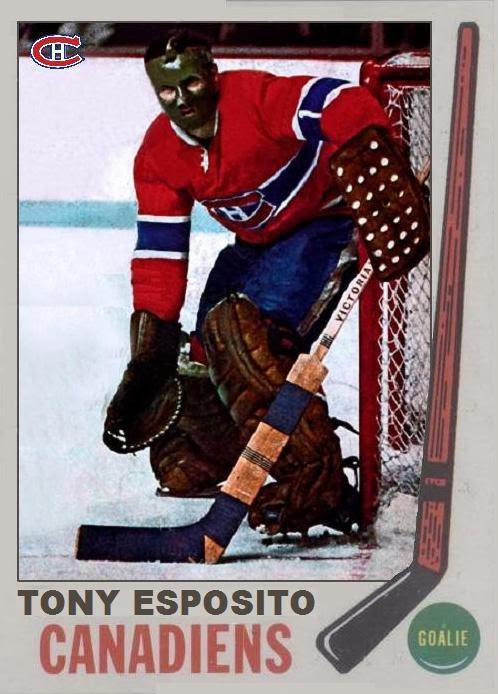