This is a recurring series which attempts to combine my lifelong passion for trading cards with my semi-professional interest in celebrities.  Today, I am saluting the two teams in the Super Bowl (am I allowed to call it the Super Bowl or do I have to refer to it as the big game?).

Denver native Trey Parker has never strayed far from his roots.  His animated series South Park is set in Denver and contains a lot of Denver references.  For his Celebrity Jersey Card, Parker is sporting John Elway's #7 (or maybe Craig Morton?), but I am listing him at safety.  Back in his rookie year, he certainlyu would not have beaten out Elway and today he could never beat out Peyton Manning.  Therefore, I think he would be a good addition to the secondary.  In any case, Parker is a great representative for the Broncos! 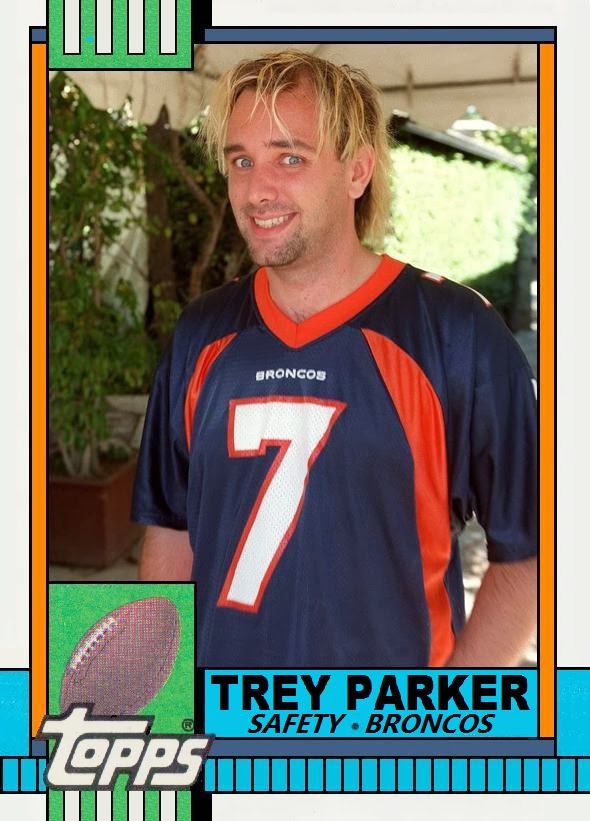 Steve August played offensive tackle for 8 years in the NFL, mostly with the Seattle Seahawks.  He joined the Hawks in their second year and stayed in Seattle until midway through his last year, which he finished with the Pittsburgh Steelers.  He wore #76 for the Seahawks during huis career and #12 when he raised the 12th Man flag at a game.  August never had a regular issue Topps football card, so I am giving him a Celebrity Jersey Card. 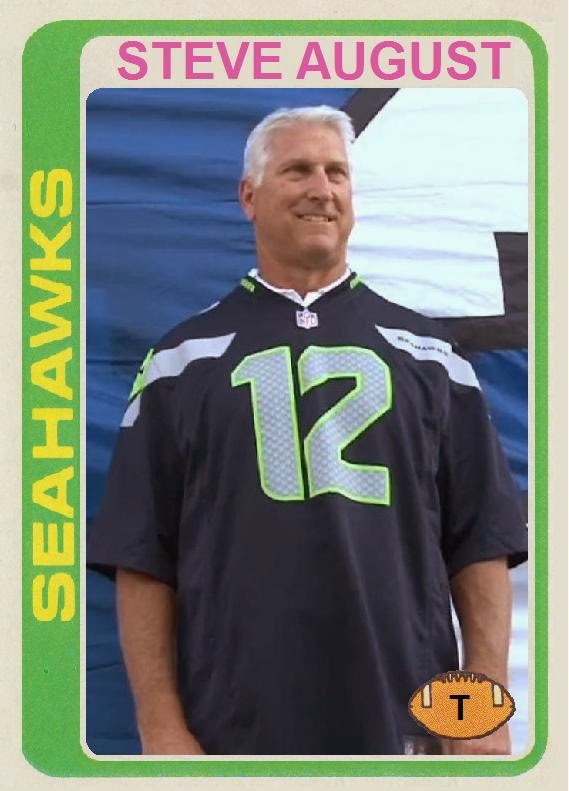 Not sure what that look is on Trey Parker's face but it's not "normal".

Good call. I didn't even notice.