I knew of Bonnie Gillespie before I knew of Shari Onley, but I met Shari first.  I met Shari when she joined the Legends Football League champion Chicago Bliss.
Both beautiful women played for the New South Wales Surge for LFL Australia.  The Surge won that title last season.  I had been in contact with both women during the season.  I even got Bonnie to wear a Johngy shirt.
Shortly before the LFL US season started, Shari joined the Bliss.  While I'd like to take some credit for getting her here, I cannot.  The best I can do is say that I did know she was coming, before it was all announced.  I get some minor credit for having that scoop.
I don't work for the Bliss.  I only cover them.  I have no pull in getting Bonnie here, but some LFL team should try to get her here (and not just for my selfish goals).  We have seen the havoc and destruction these two can do as teammates.  Imagine the fun if they went head-to-head on the field. 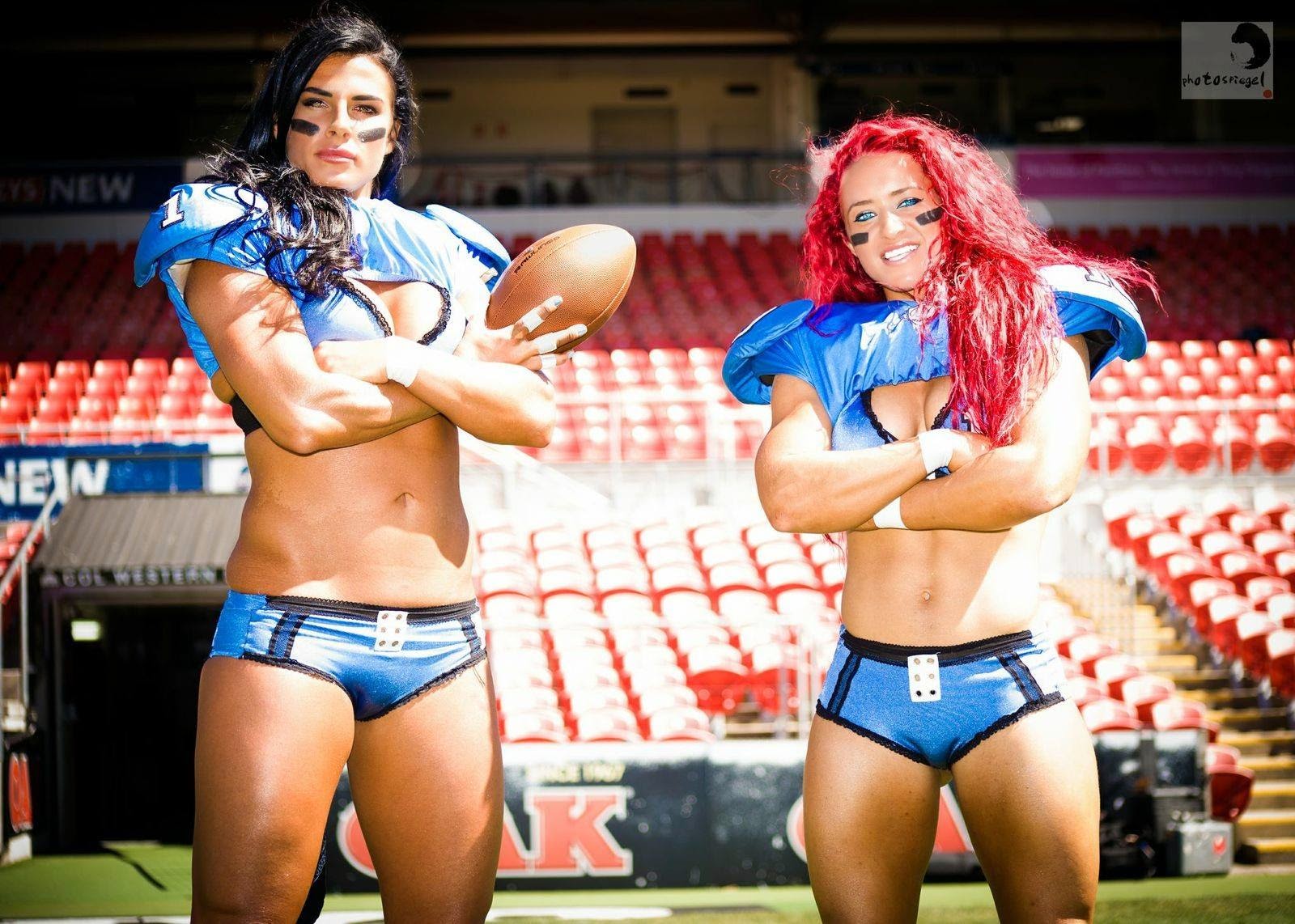 Shari Onley and Bonnie Gillespie in Australia-Winter 2013.
Posted by Johngy at 6:00 AM

What would REALLY be a friendly encounter, would be if Shari Onley and Bonnie Gillespie meet Evil Zebra!

You wouldn't be satisfied unless they brought cake, too.