This one just kills me.  Eugene Cresto and I have similar goals and mindsets about meeting celebrities.  We have crossed paths many times at various events.  It's always good to see Eugene.
About the only time I was not happy to see him was when I kept seeing pictures of him on Facebook at this year's Motor City Comic Con.  I was supposed to be there, but work obligations kept from attending.
One after the other, new cool pictures of Eugene and various celebrities kept appearing in my newsfeed.  I was happy for him being there and slightly envious, of course.
Then I saw the picture that really hurt.  Eugene and Burt Young.  Burt Young is one of a few actors to appear in all of the Rocky movies.  His "Paulie" character is legendary.  Of all of the stars at the MCCC, Young was the one who I really wanted to meet and there was Eugene posing with him.
Ouch that hurt.
Don't get me wrong.  I am glad he got to meet everyone there.  As I wrote, he is a good guy.  If it was a faraway con, I wouldn't have cared.  It wasn't though.  This was MCCC, a con about 4 hours from my home.  I have gone 6 straight years.
So why am I even putting this on my site?  Why am I preserving it to be seen any time on my site?  I guess since I could not meet Young, I have to just live vicariously through Eugene.
Thanks bud! 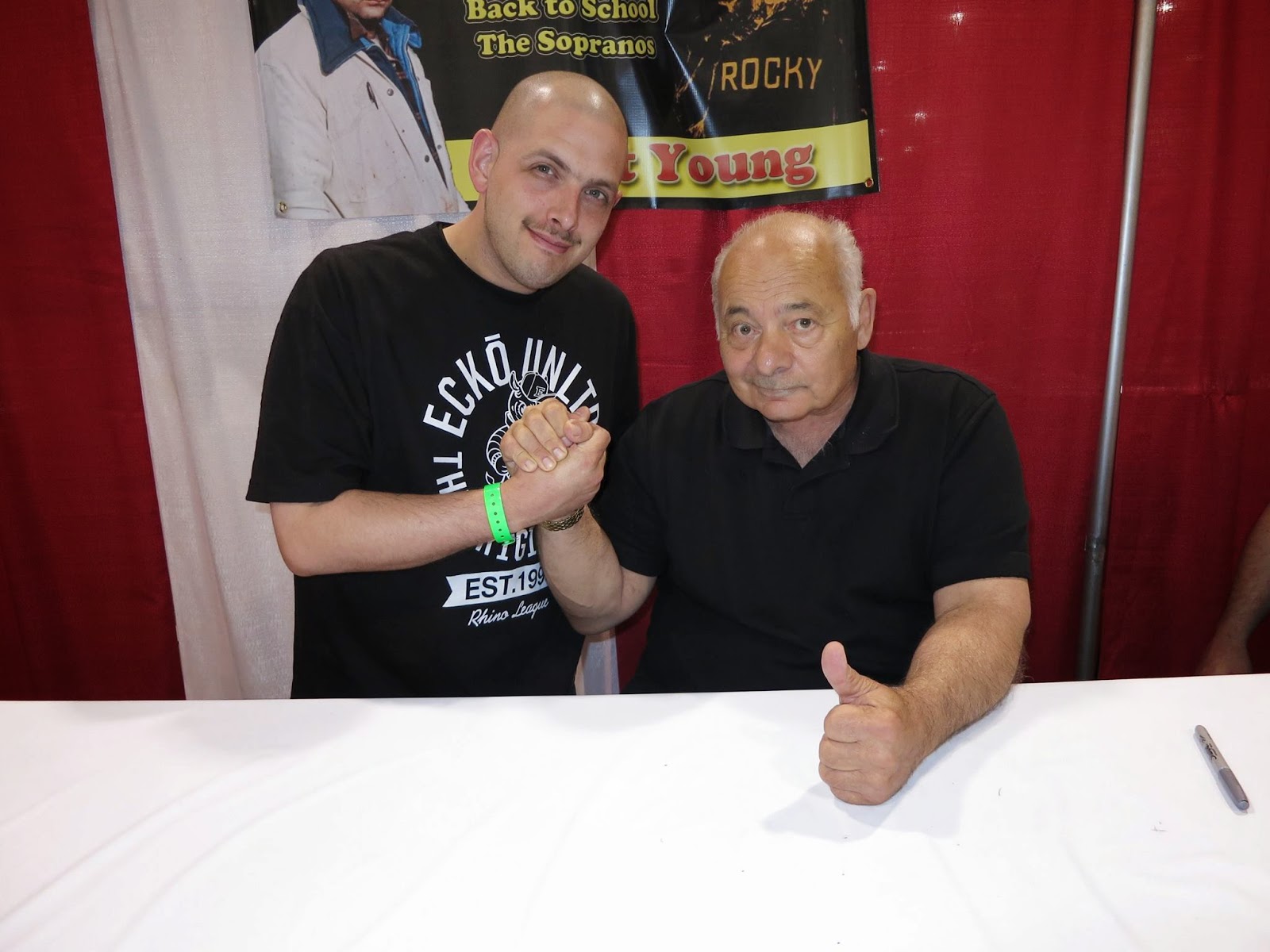