This is a regular series which attempts to combine my lifelong passion for baseball cards with my semi-professional interest in celebrities.  Having just returned from Los Angeles, I have the Dodgers on my mind.

I had the pleasure of interviewing Patricia Kara at Wizard World a few years back.  The Chicago native might be more recognizable if you saw her holding the #9 briefcase from her time on Deal or No Deal, but Kara has carved out an impressive career outside of that.  Aside from everything else, Kara gets extra points for a fielder shot on her Celebrity Jersey Card.  A beautiful, friendly and talented woman who can also handle groundballs?  I'm in love. 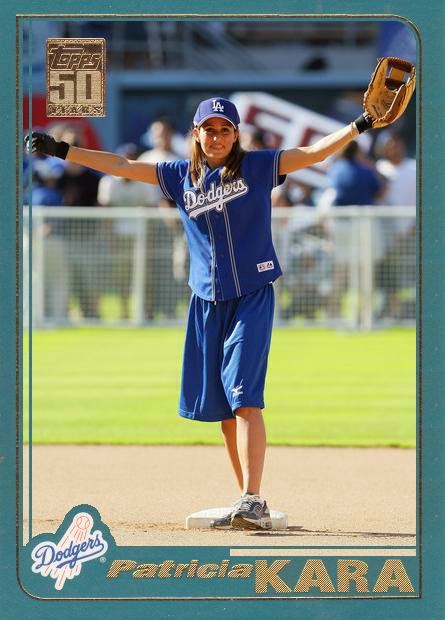 Christian Haupt is the youngest person to ever appear on a Celebrity Jersey Card.  The young Dodgers fan was about 4 when the picture was taken.  Haupt's passion for baseball helped get him a part in Adam Sandler's "That's My Boy."  Early signs pointed to a baseball career, but now maybe Hollywood will be his future.  Maybe he will even follow in the footsteps of Chuck Connors, another former Dodger who found fame in Hollywood.  Either way, this kid has a great future. 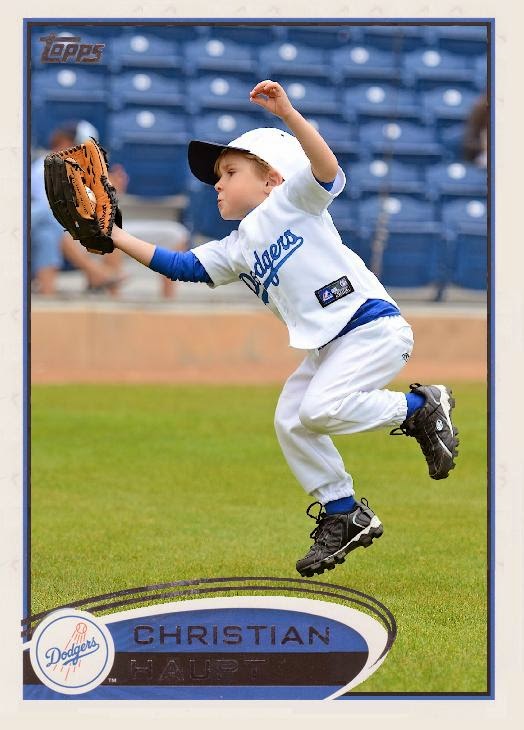