This is a regular series which attempts to combine my lifelong passion for baseball cards with my semi-professional interest in celebrities.  Today, I feature a business twofer.

Seattle native Bill Gates is an undeniable success.  He has made a huge impact on business, technology and more.  Books have been written about him and by him.  I applaud Gates for staying true to his roots on his Celebrity Jersey Card.  I do not applaud the rest of his ensemble however. 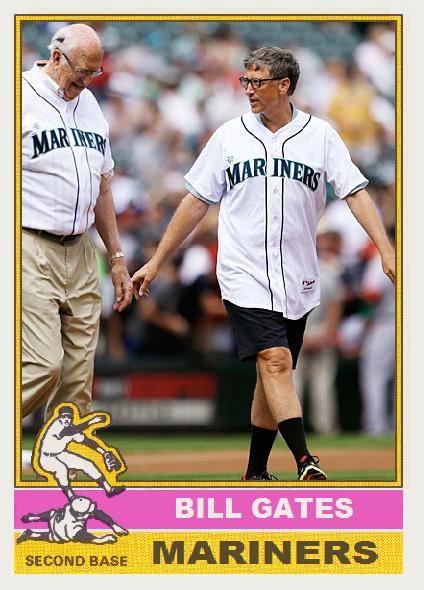 Ted Turner made an impact on business, baseball, wrestling and more.  For his Celebrity Jersey Card, he is seen wearing the #27.  In a CJC rarity, this was actually his number for his one day tenure as manager of the Atlanta Braves.  In 1977, Turner was disgusted with the performance of his Braves.  He fired the manager and took over the club.  The Braves lost his only game at the helm.  Commissioner Bowie Kuhn ruled that a team's owner could not manage the team and Turner's time in uniform was done.  Still, it makes for an interesting card and story. 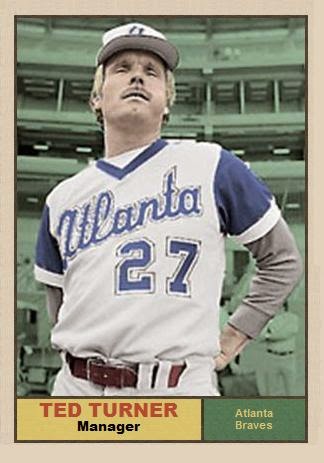