On the Beat with Monica Abbott of the Chicago Bandits

The Johngy's Beat-Justin's World of Softball joint coverage of the Chicago bandits continued Wednesday on Justin's World with Chicago Bandits Interviews, Parts 6-9.  Justin featured interviews with four of the bandits.  Today, I am featuring the last of those four, Monica Abbott.
The California native starred on the mound at the University of Tennessee, before starting her pro career with the Washington Glory.  After one season each with the USSSA Pride and the Tennessee Diamonds, Monica joined the Bandits in 2011.  She has a record of 49-16 with the Bandits.  Monica has also played in the Olympics and in Japan.  She is one of the best pitchers ever in women's softball.
She also is giving back through The Monica Abbott Scholarship.  You can learn all about that and more at MonicaAbbott.com.
There are still a few home games remaining before the playoffs.  You can find the schedule and more info at ChicagoBandits.com and Johngy's Beat and Justin's World will continue our coverage throughout the season.
My interview with Monica can be found at Monica Abbott Interview. 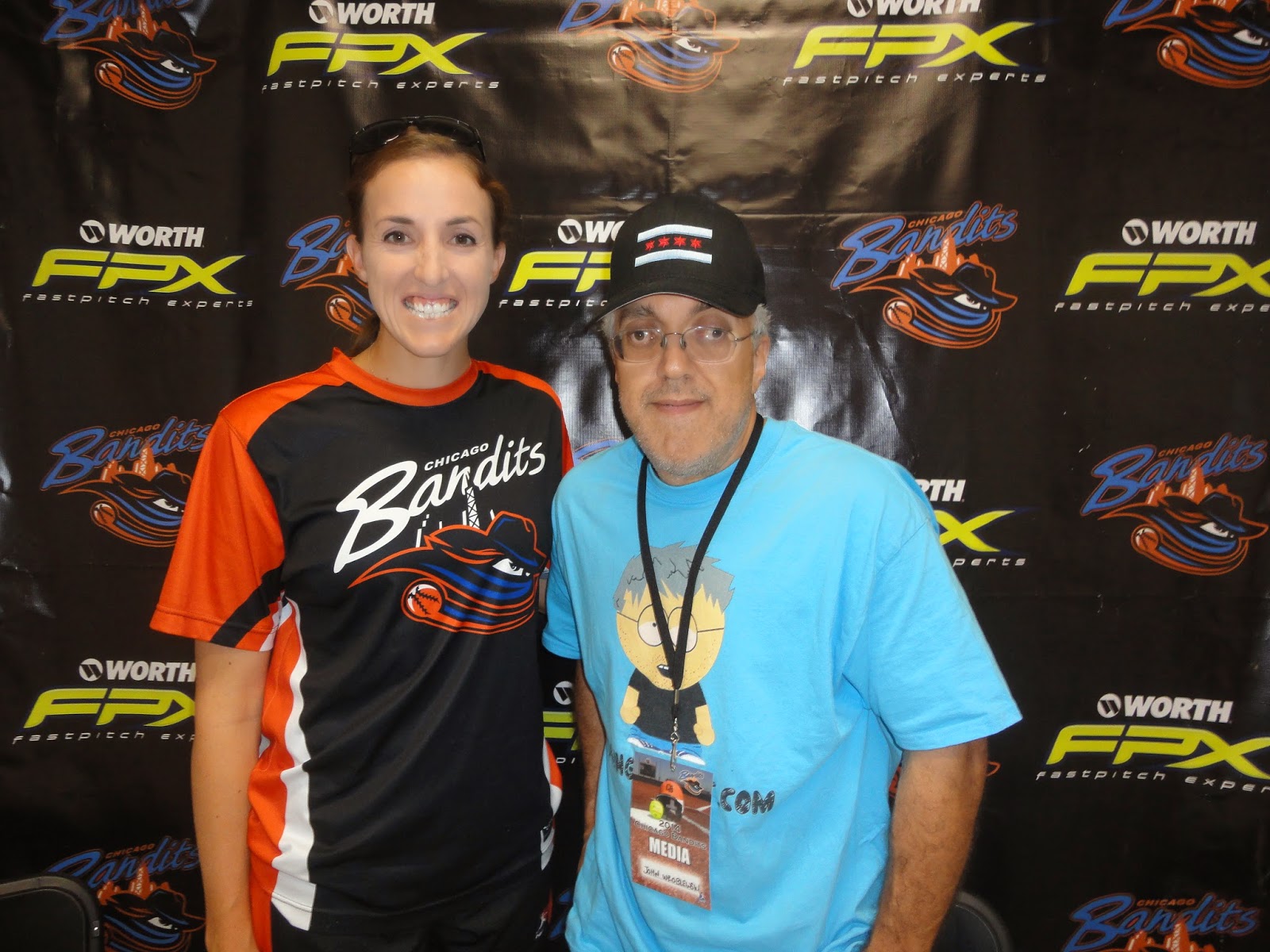