Sugar Dunkerton is one of the most entertaining wrestlers on the indy scene.  Sug has been a valuable member of the Resistance Pro roster as a singles wrestler and as part of the tag team Lock Up.
You can look at Sug's pants (if they don't hurt your eyes), his hair or his bright smile.  The man draws you into his circle.  He has charisma and flair.
Obviously Sug also has a way with the ladies.  He met Trina Michaels at a few indy wrestling shows in the Atlanta area.
I don't know if they ever worked together, but I bet they would make an interesting pair.  The only problem might be if she is jealous of his hair or clothes.  Gotta love Special D! 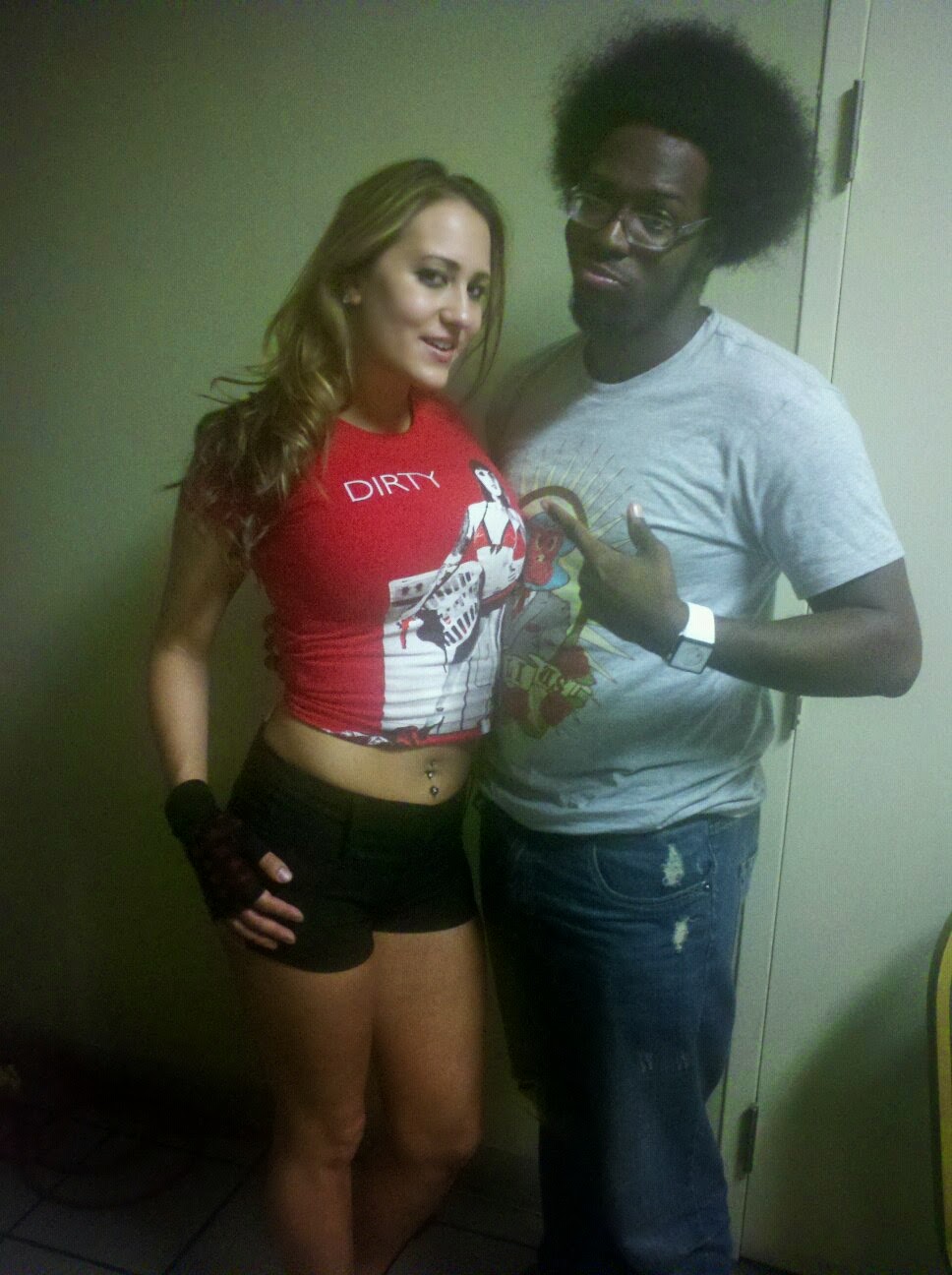 Trina Michaels and Sugar Dunkerton in Atlanta, GA-April 2011.
Posted by Johngy at 6:00 AM