The Chicago Bears are 4-6 and tied for last.  The Tampa Bay Buccaneers are 2-8 in sole possession of last.  This is another game the Bears should win, but nothing is certain with the Bears.  I will continue my Bears-Bliss connection from last week, by featuring star wide receiver-safety All Alberts.
Alli is one of the best players in the Legends Football League.  She should have been Rookie of the Year in 2013 and she was even better this season.
I had the pleasure of interviewing Alli before she even played for the Bliss.  That interview can be found at On the Beat with Alli Alberts.  That might have been her first interview ever.  In any case, it started me on my wonderful journey with the Bliss.
It has been a pleasure watching and knowing Alli.  She is a smart player and she plays with the ferocity of Dick Butkus.  Unfortunately, sometimes she has that mindset outside of football which has been known to cause an injury or two (which drives Coach Keith Hac crazy).
I won't go grumpy old man and complain that today's players should play both ways, like Alli does, but I will say they should play with the same level of intensity.  Alli leaves it on the field every time on both sides of the ball.
Wouldn't it be wonderful if the Bears had such a talented wide receiver who was not a head case?  Also, wouldn't it be great to have a defensive back like Alli?  Dare we dream.  At least we are fortunate that she is on the Bliss.  I am also grateful that is is on Team Johngy, as the picture clearly shows! 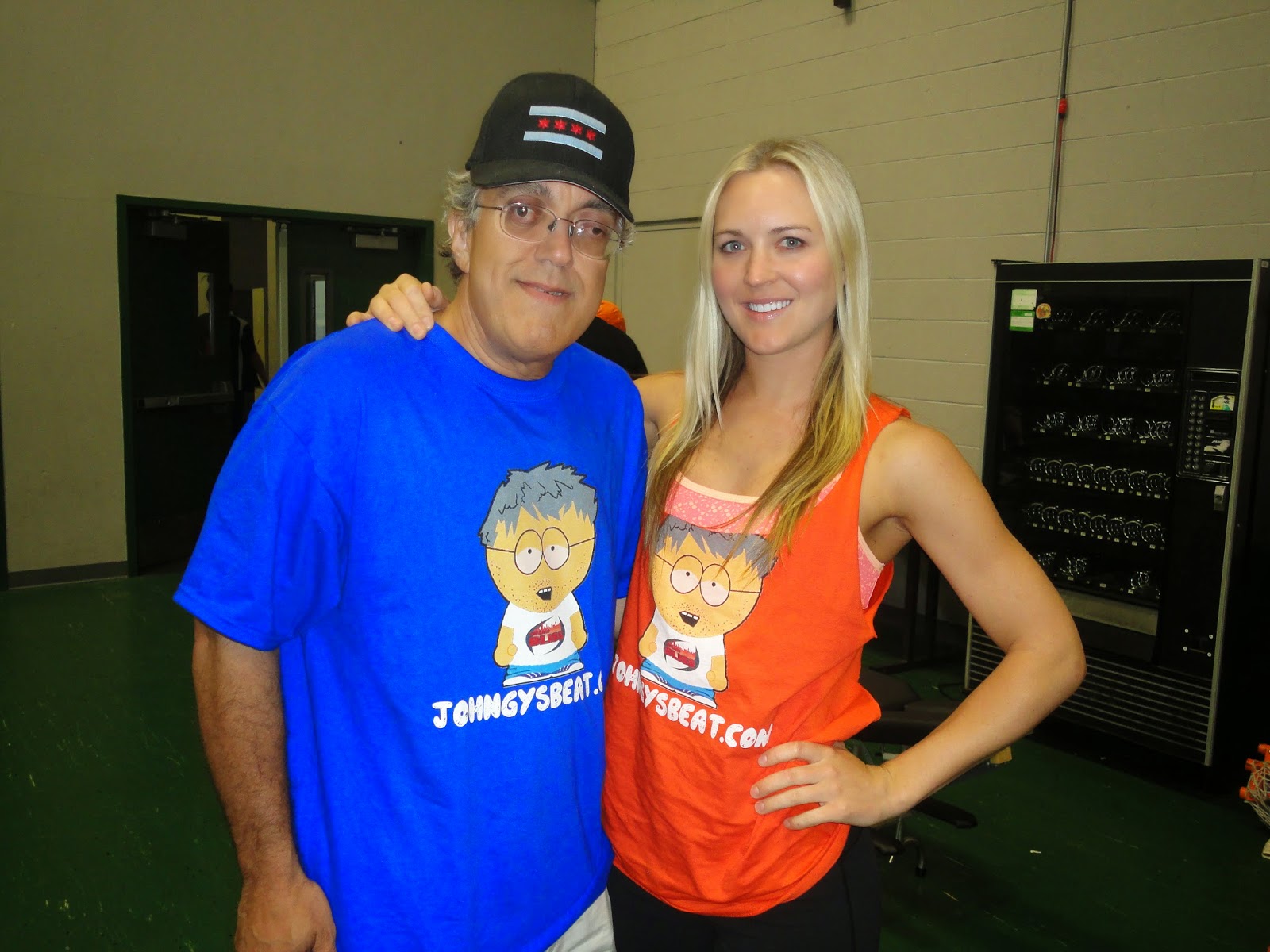