Bryant Mumble Has the Call for the Windy City Rollers

Bryant Mumble has been a colorful announcer for the Windy City Rollers since the 2006 season.  This is no easy job considering how fast-paced the sport of roller derby is.

As I have previously written, the Windy City Rollers are comprised of four teams who compete on a flat track at the UIC Pavilion.  The players still have fun monikers, but the theatrics of yesteryear have been replaced by legitimate competition.  Make no mistake about it though, this is just as much fun (if not more) than the roller derby from back when.
Mumbles sits in the broadcast perch calling out the action.  How he does it so smoothly is really a mystery and quite amazing.  I have a tough time just keeping up with the action as a spectator.  I can;t imagine trying to describe the play.  Mumble is a real pro.
In addition to that, he also helps get the crowd into the games, as well as partakes in various segments during stoppages of pay.
He is an integral part of the night at WCR, yet he is not center stage.  He does his job extremely well.
This Saturday at the Windy City Rollers will be in action again and Mumble will be describing it all.  I encourage everyone to come out and take in a night of fun and sport to see all for yourself! 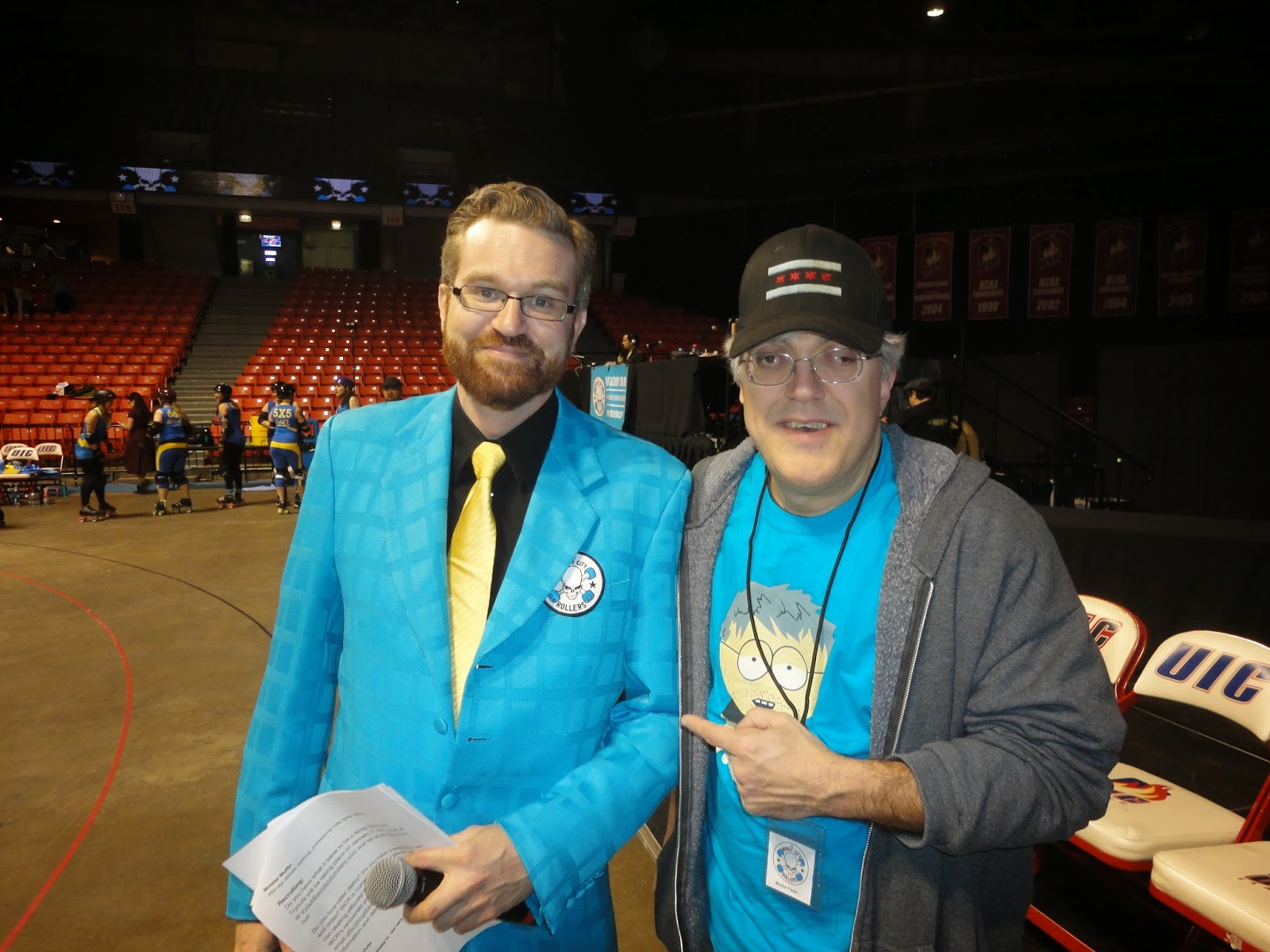