There he is again.  Eugene Cresto is seen with wrestling legend Ric Flair.  Does Cresto meet everyone?
I have written many times about the celebrities who Cresto meets.  He could start Eugene's Beat (but I shouldn't give him that idea)  Seriously, he has met pretty much every wrestler alive and many other celebs, too.
Meeting "The Nature Boy" Ric Flair has to be one of his crowning accomplishments.  Flair is wrestling royalty.  Flair is unquestionably on the Mt. Rushmore of wrestling.  It doesn't get any better than meeting Flair.
I can't be too jealous though, because I did get to meet Flair once, too.  I remember feeling his presence.  He is one of a handful of celebrities who just have that aura around them.  I am sure Cresto felt it, too, no matter how many other celebs he has met.
As convention season starts to kick in gear this year, I know I will run into Cresto at some events.  My goal is just to keep up with him. 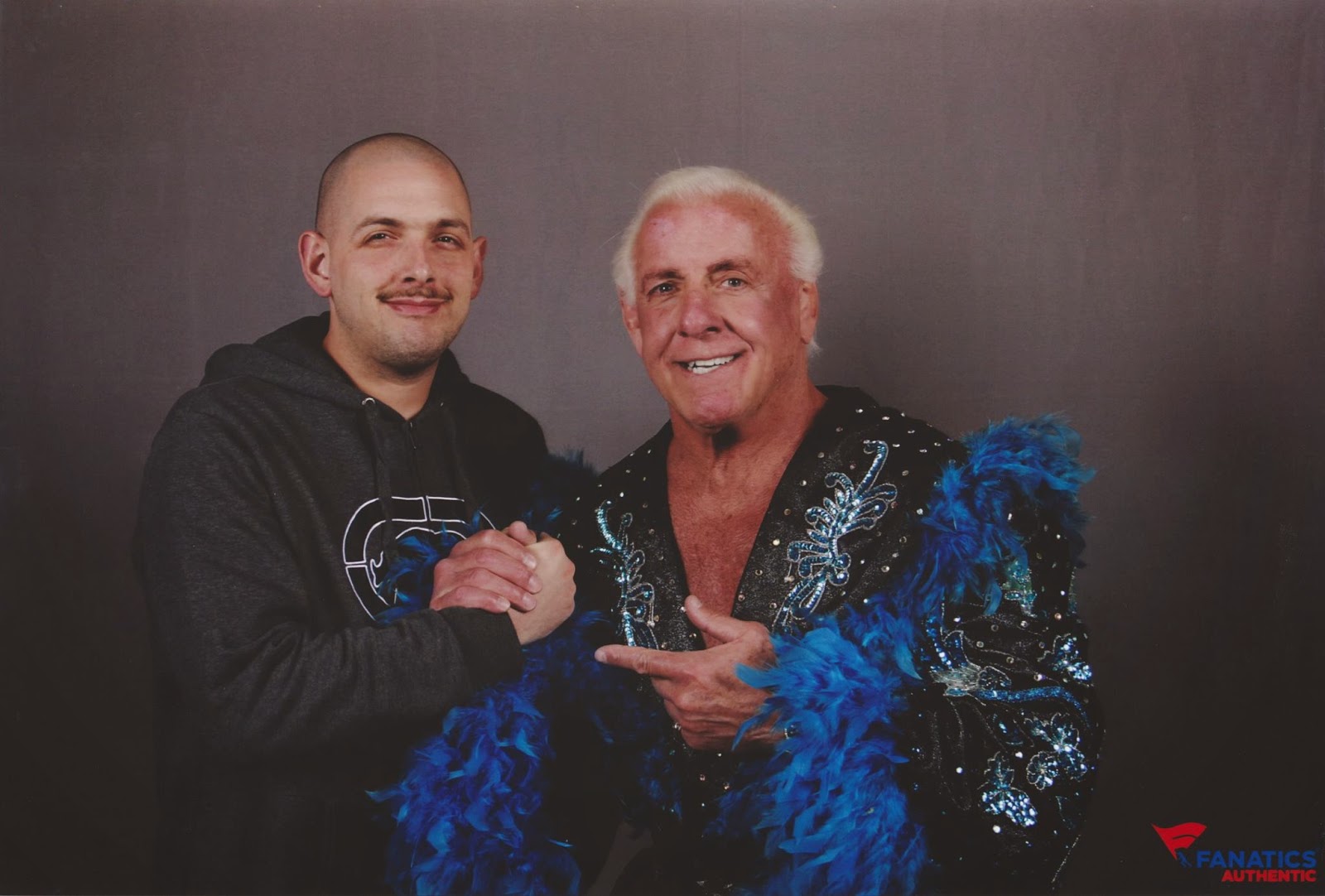 Eugene Cresto and Ric Flair in Rosemont, IL-December 2014.
Posted by Johngy at 6:00 AM