Arizona Diamondbacks first baseman Paul Goldschmidt is a young star.  I'd love to get him on my fantasy league team, but for now, I will have to settle for him on a Celebrity Jersey card.  At 6'3" and 245 pounds, Goldschmidt could be a force on the ice for the Coyotes.  Switching to the Coyotes wouldn't do much for him in the standings.  Both teams look to finish near last. 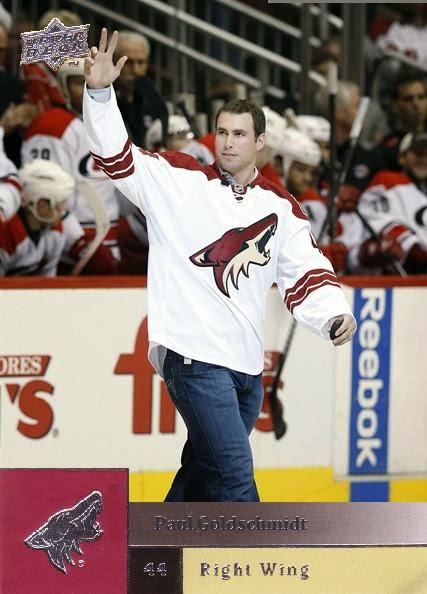 Did Shaquille O'Neal finally retire?  I thought maybe he actually was coming back with the New Jersey Devils.  At the end of his Hall of Fame career, Shaq played for four teams in four years.  I hate that stuff.  My friend Jason Fleigel might have liked to see Shaq in NJ, but alas, he was only visiting his home town team.  Jason will have to settle for this devilish Celebrity Jersey Card. 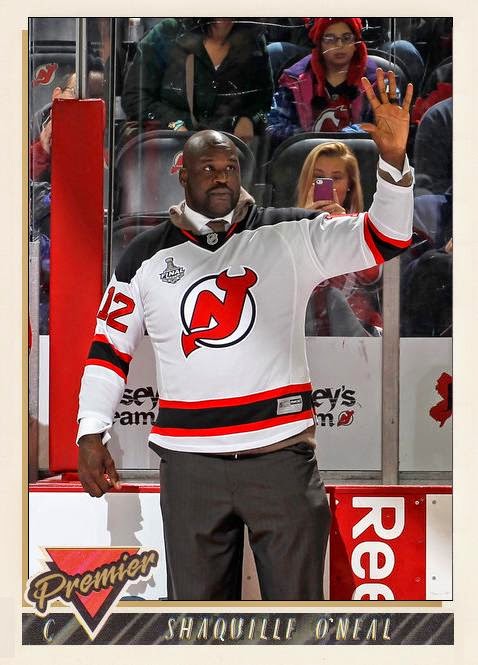