Our continuing coverage of the Wizard World Fan Fest brings us to Matt Bellisle, a Green Bay-based independent comic book artist and writer.  Because he is so talented, I will overlook the Packers-Bears rivalry and just focus on his fascinating work.
Bellisle has been producing comics since 1993.  Referring to them as "graphic-movies." these comics delve into various themes such as betrayal and obsession.  From his website GravityDSN.com, "The idea was to create a series of work that felt more like the viewer was watching a movie than reading a comic. Think of these as the first 15 minutes of a Bond movie or an episode of the Twilight Zone."  I am particularly interested in "The Mis-Adentures of Adam West #1," but he has many others.
His newest is "The Tethermen & The Kings of Stone #1."  A group of Tethermen travel into dreams and affect the real world.  This could lead to bad things, but there is always hope, which is a young boy in this story.
The story is told on 6x9 cards, that form a giant poster-comic when pieced together.  Also, on the back is "The Kings of Stone," a separate set of one page stories.  This is a very clever and interesting concept.
To learn more about Bellisle, check out GravityDSN.com.  His work in design, illustration and comics is there.  He even has a section on his fine art.  What other art forms can he conquer next?  Keep checking his site to get the updates! 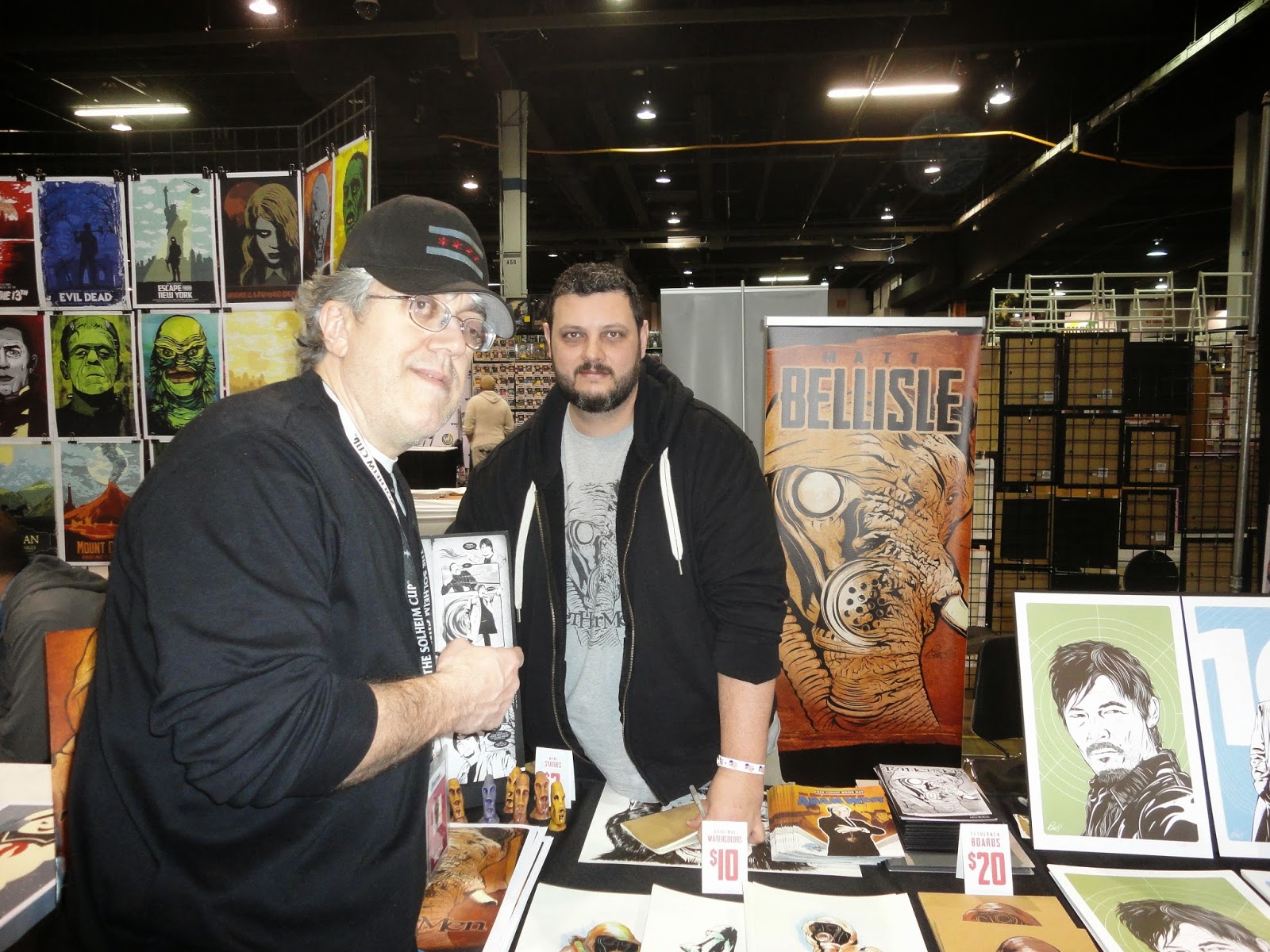