Athletes get trading cards.  Why not celebrities?  At least celebrities wearing athletic jerseys should get cards.  I am doing my best to create cards for jersey-clad celebs.  Baseball season is underway and I am saluting the teams from Chicago!

Actor Chris O'Donnell is a native of Winnetka, IL, a suburb north of Chicago.  Somehow, the White Sox got O'Donnell to appear at the south side US Cellular Field.  I would understand a Dodgers uniform, as he starred in NCIS: Los Angeles.  Another thing odd is his #6.  The last #6 was Ricky Seilheimer and the most notable was probably Jorge Orta or Al Weis.  I don't think Manager Ventura would want O'Donnell anyway.  The team isn't big enough for another Robin. 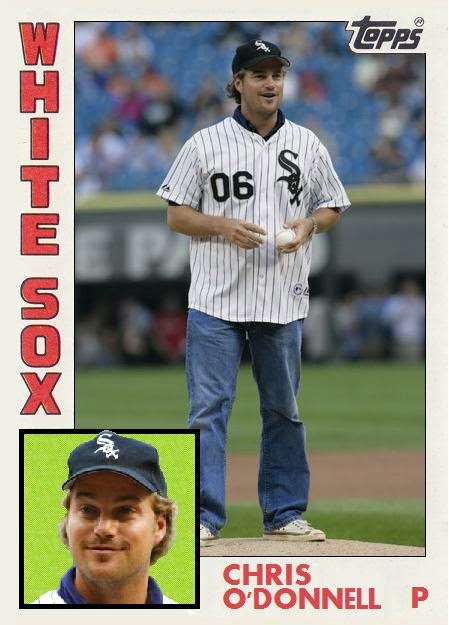 Actor Channing Tatum is a native of Alabama, but there is not a Major League Baseball team there.  Would the Braves be the closest?  Tatum appeared in a Cubs uniform as he passed through Wrigley Field, like so many celebrities do. 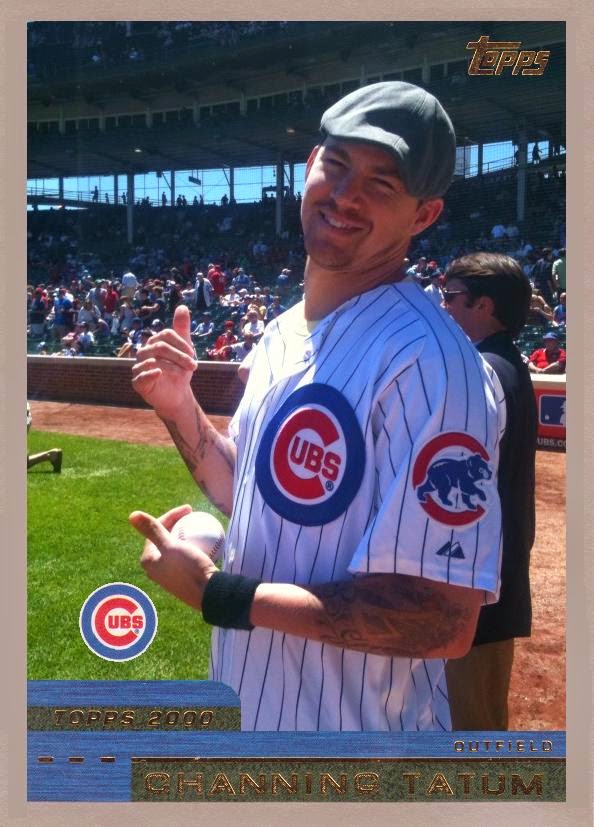