I love this picture.  Wrestler Robert "The Ego" Anthony sports a Bears jersey.  Football player turned wrestler Steve "Mongo" McMichael joins him in giving the four fingers of the Four Horsemen.
McMichael was one of the main forces on the 1985 NFL champion Chicago Bears.  His excellent play on the field and wild demeanor off the field have made him very popular to this day.  He's not a Hall of Fame player, but he is pretty darn close.
I first met Ego at Resistance Pro wrestling.  He was one of my favorites in the ring and on the mic.  He was also one of my favorite interview subjects.  Ego was always entertaining.
It was a sad day when Ego left RPro.  Things happen in wrestling (like in life in general).  It's a shame though.  I miss seeing him in the ring.
The picture begs the question though, would Ego have made a good Horsemen?  It's hard to say.  In storyline sense, I don;t see Ego being satisfied longterm as being a subordinate to Ric Flair in the group.  Perhaps he'd be more of a fit for Evolution, where Flair would fit the manager role and Ego could have been Orton.
In reality, I think Ego could have done whatever he really wanted.  He was probably the best I have seen on the independent scene.
I also have to say that he was always good to me.  He always did interviews.  He did some great ones with my little cousin Noah.  One such example is On the Beat with Robert Anthony at Wizard World 2013.  Ego was pure gold.
Will Ego read this?  Who knows.  Either way, I want it on record that I appreciate all he did and I am forever grateful.  Thank you Ego! 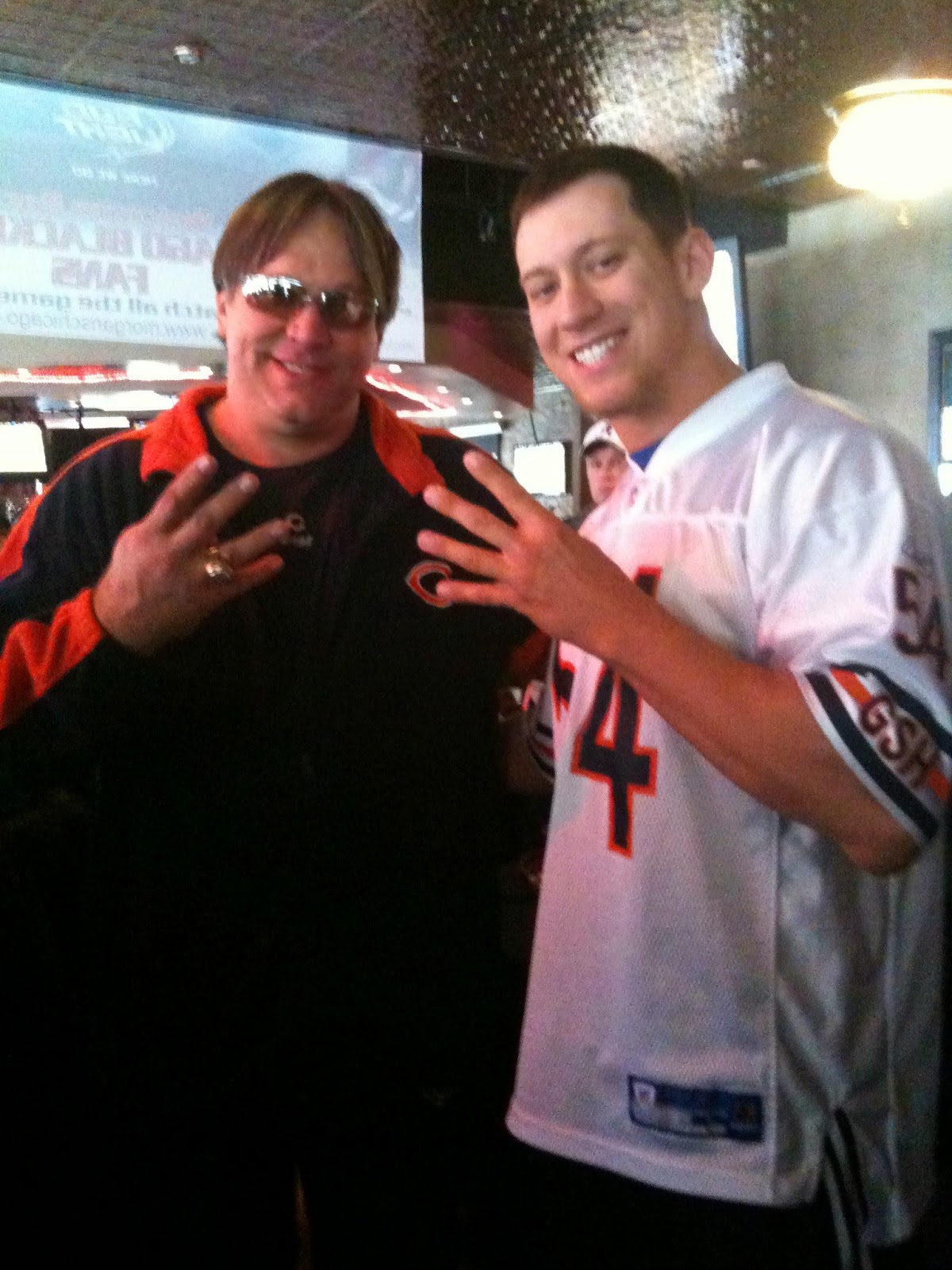 Steve McMichael and Robert Anthony in Chicago area, IL-January 2011.
Posted by Johngy at 6:00 AM