Georgia native Paula Deen rose to fame as a television cooking show host.  While she has been criticized for alleged racial remarks and for her overuse of butter, there is no denying her success as a host and restaurant operator.  For her Celebrity Jersey Card, she donned the uni of the Nationals, instead of her hometown Braves. 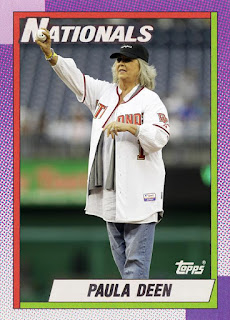 Jose Rene "J. R." Martinez is an actor, motivational speaker, former Dancing With the Stars contestant and more.  The job which changed his life, however, was his stint in the United States Army, during which he sustained severe burns to over 34 percent of his body while in Iraq.  Martinez survived and inspires others through his speeches and every day life.  It seems only fitting that his Celebrity Jersey Card would feature him with the Nationals. 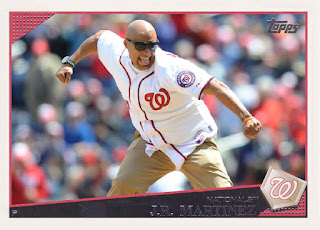