Born in Missouri, actor John Goodman will always be remembered his role on Roseanne.  He also starred as Babe Ruth in The Babe.  This explains the cool photo on his Celebrity Jersey Card.  I love the old school Yankees uniform. 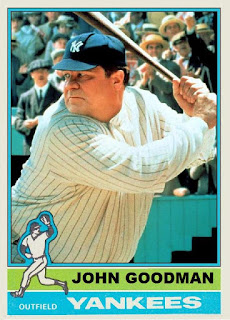 Abe Vigoda was born in New York and died earlier this year (despite long-standing rumors of his death).  Vigoda appeared as a Yankees batboy in an ad and actually signed a one day contract with the team.  All of this landed him on a Celebrity Jersey Card using the 1950 Bowman set design. 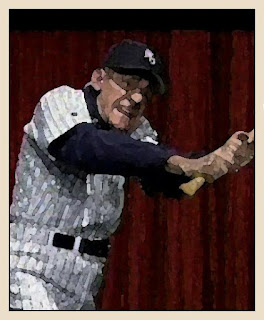