Jeff Bridges comes from an acting family and actually made his screen debut on Sea Hunt, starring his father Lloyd and brother Beau.  For his Celebrity Jersey Card, I got to go back to vintage Topps.  Bridges is still active, which is much longer than he ever could have played pro ball. 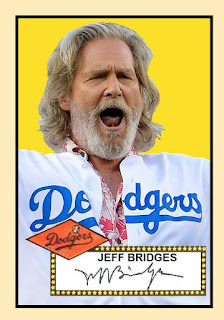 Comedian and actor Bob Newhart was born just outside of Chicago, IL.  Newhart's Celebrity Jersey Card is a rarity.  Not only is the card from the early yars, the picture itself is from way back, too.  I wonder about the significance of the #61.  At the time of this card, only littleused Earl Robinson had worn #61.  In more recent years, Chan Ho Park and Josh Beckett wore it. 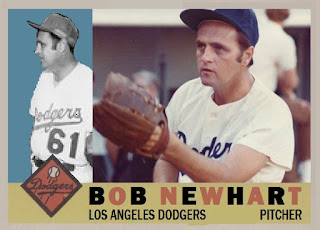