Celebrity Jersey Cards is a weekly series in which I create virtual trading cards for jersey-clad celebrities.  Today, we continue to work our way alphabetically through Major League Baseball.

The late singer-actor Bing Crosby was born in Tacoma, WA.  He is one of the first multi-media stars.  He won an Academy Award for Best Actor and he was the best-selling recording artist of the 20th century.  Along with all of that, he once was part-owner of the Pittsburgh Pirates.  That explains his Celebrity Jersey Card. 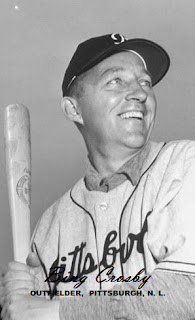 Actress Janet Leigh was born in Merced, CA and rose to fame on the stage and screen.  She was nominated for an Academy Award for Best Supporting Actress.  Once married to Tony Curtis, she is the mother of Jamie Lee Curtis.  Her role in Angels in the Outfield explains the Pirates uniform and lands her on a Celebrity Jersey Card. 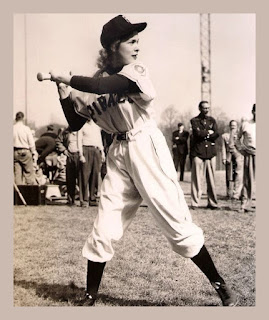 Used to seeing Bing playing golf. I wouldn't have recognized him in a baseball uniform. I've never seen that photo. Nice find.