Born in Houston, TX, Darrell GReen went on to have a Hall of Fame career as a cornerback with the Washington Redskins. During his 20 year career, he was on 2 Super Bowl championship teams, was a 7 time Pro Bowler and won numerous other awards. He was also inducted into the College Football Hall of Fame. Green stayed faithful to his DC fan base on his Celebrity Jersey Card. 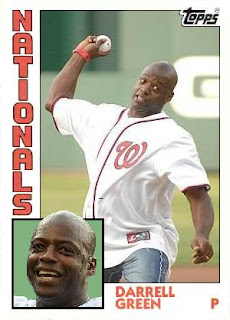 Canadian-native Bruce Boudreau had a 20 year hockey playing career, although most of it was done in the minor leagues. Boudreau has gone onto become a successful coach, although his teams seem to struggle in the playoffs. Currently, his Minnesota Wild are in third place. Boudreau is wearing #19 on his Celebrity Jersey Card. He wore that number as a rookie with the Toronto Maple Leafs. 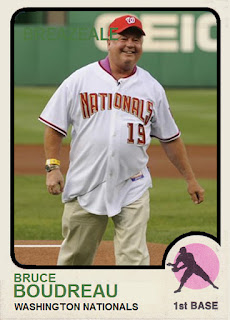