Although just in her early 20's, Canadian Lexi Strate has been performing for many years already. The singer-song writer made a name for herself in Canada first, but is gaining worldwide popularity.  Strate enthusiastically wore a Calgary Flames jersey for her Celebrity Jersey Card. 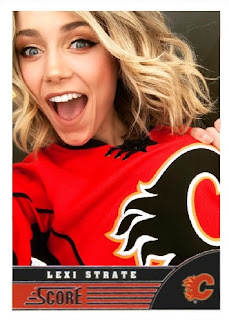 Vashtie Kola (often "Va$htie") is a music video director, filmmaker, artist, designer, creative consultant and disc jockey. Once named #23 on Vibe's "31 Most Stylish People Under 31" list, Vashtie showed her style by wearing a New York Rangers jersey as a dress. This might be the first Celebrity Jersey Card from a red carpet event. 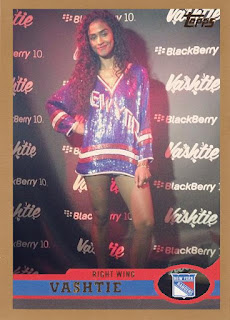