The Washington Nationals have the Presidents Race (currently known as known as the GEICO Presidents Race) at home game. Seven presidents have been represented and their jersey number corresponds to their presidential term number. In 2013, William Taft was introduced, but he was retired after the 2016 season. Taft won 46 races during his 4 seasons. "Taft" is the oldest figure ever to be featured on a Celebrity Jersey Card. 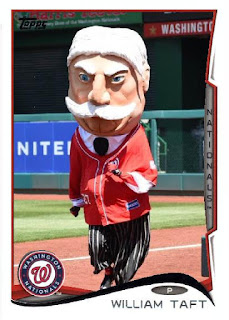 Hailing from the Rocky Mountains, Rocky made his debut at a Denver Nuggets game in 1990. Rocky is one of the most popular mascots in all of sports, but he has gotten into a few feuds, most notably against the Los Angeles Lakers and Charles Barkley. Ever the homer, Rocky supported the Broncos during a playoff run by donning a Peyton Manning jersey, thereby earning his Celebrity Jersey Card. 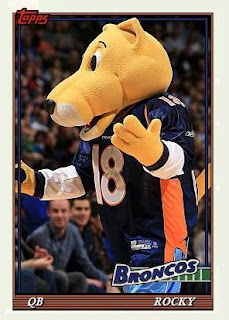