This is a regular series in which I create virtual trading cards for celebrities wearing jerseys. Once again, we are working our way alphabetically through all of the Major League Baseball teams. Today we feature celebrity Yankees with ties to Babe Ruth.

Born in the suburbs of Chicago, Bruce Boxleitner has gone on to have a great acting career. Boxleitner also has written two science fiction novels. His role as Jumpin' Joe Dugan in The Babe starring John Goodman earned him his Celebrity Jersey Card. 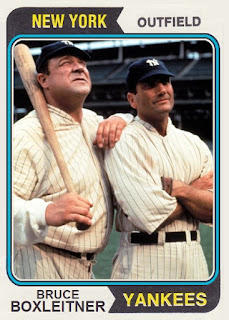 Actor Stephen Lang portrayed Babe in the television movie Babe Ruth. That had to be an extra thrill for the New York native. Lang might be better known for his role in the Avatar franchise. Still, it was the role as Babe that earned him a Celebrity Jersey Card. 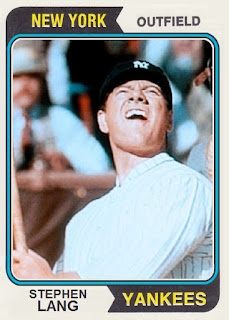