New York native Linda Cohn is a broadcasting pioneer. In 1987, Cohn made history by becoming the first full-time U.S. female sports anchor on a national radio network when she was hired by ABC. In 2014, Cohn was named one of the 25 most influential women in sports. Cohn shares her Mascot Edition Celebrity Jersey Card with Mr. Met. 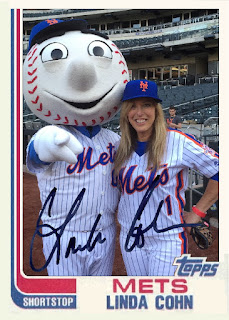 Born in Alabama, Robin Roberts rose to fame as a newscaster on ESPN. Her father was a pilot with the Tuskegee Airmen. A credible and popular broadcaster for more than 35 years, Roberts has battled myelodysplastic syndrome. Her treatment was covered on Good Morning America, earning a Peabody Award. She continues to be an inspiration. Roberts shares her Mascot Edition Celebrity Jersey Card with the Phillie Phanatic. 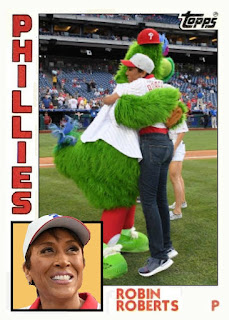