New York native Les Paul is a legend in the music industry. He taught himself how to play guitar, then he became one of the pioneers of the solid-body electric guitar. He has received numerous awards, including the National Medal of Arts from U.S. President George W. Bush. He is also in several Halls of Fame. Foe his Celebrity Jersey Card, Paul donned the #93 Brewers jersey, presumably for his age. 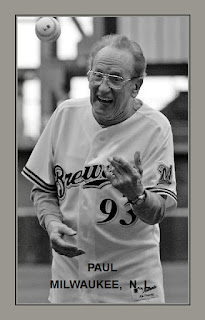 Born in Mississippi, Charley Pride was a singer, musician, guitarist, business owner, and former professional baseball player. He pitched for the Memphis Red Sox of the Negro American League and also in the New York Yankees minor league system. He went on to become a successful musician. Despite being part owner of the Texas Rangers, his Celebrity Jersey Card pictures him with the Milwaukee Brewers. 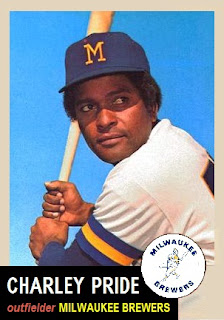