A native of Tacoma, WA, Ken Still became a golfing star. He had five tour wins, including three PGA victories. Still passed away in 2017. The Seattle Mariners had Still toss a ceremonial pitch, which earned him a Celebrity Jersey Card. This was a fun crad to create, even though I had to bend the time continuum by creating a Marniers card before they existed. 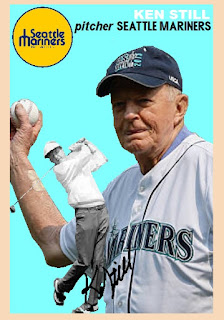 South Korean golfer Inbee Park was born in Las Vegas, NV. She already has won seven major championships over the years. After throwing a first pitch for the Mariners, she talked with first baseman Dae-Ho Lee and earned a Celebrity Jersey Card. 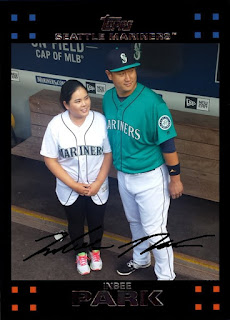