Croatia born Robert Herjavec made a fortune in internet security software. In the 1980s, he worked as a third assistant director on a few film projects. He stepped back in the world of entertainment as one of the sharks on television's Shark Tank. Herjavec threw out a pitch for the Boston Red Sox and landed on a Celebrity Jersey Card. 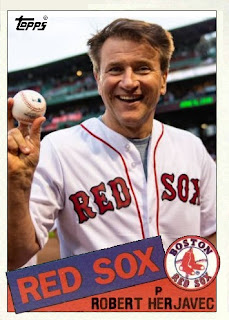 Japan born Susumu Tonegawa is a successful scientist. He was the sole recipient of the Nobel Prize for Physiology or Medicine in 1987, for his discovery of the genetic mechanism that produces antibody diversity. A Boston resident and big fan of the Boston Red Sox, Tonegawa happily threw out a ceremonial pitch in 2004, the team's championship season, to earn a Celebrity Jersey Card. 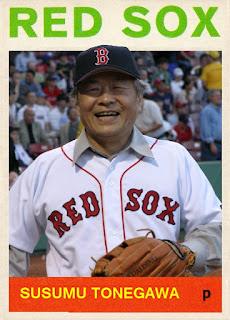