California native Kevin Harvick is a stock car racer. Nicknamed "The Closer" and "Happy Harvick,"   is the third of only five drivers that have won a championship in both the Sprint Cup Series and the Xfinity Series. Harvick also won the 1998 Winston West Series title. Harvick raced (sorry) to the mound to toss a ceremonial pitch for the New York Yankees and earned his Celebrity Jersey Card. 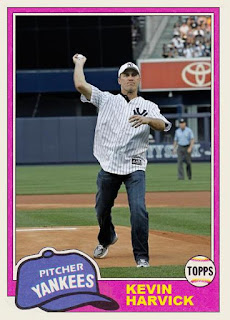 Born in England, golfer Danny Willett plays on the European Tour. He won his first major championship at the 2016 Masters Tournament, becoming only the second Englishman to achieve the feat and the first European in 17 years to win at Augusta National. Willett threw out a ceremonial pitch for the Yankees and landed on a Celebrity Jersey Card, but did he wear the number "Four" (sorry)? 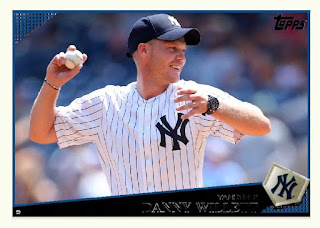 Thanks. Unlike Topps, I do not airbrush. LOL