Born in New York, musician Joe Bonamassa started his musical journey as a pre-teen opening for the legendary B.B. King. Bonamassa has carved out a great career as a blues guitarist, although unlike many blues rock guitarists, his influences are British and Irish blues acts rather than American artists. Eleven of his solo albums have reached the No. 1 position on the Billboard Blues chart. Bonamassa played the National Anthem for the Diamondbacks and landed on a Celebrity Jersey Card. 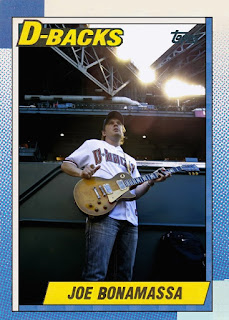 Jesse McGuire is an American trumpeter from Phoenix, Arizona. He is well-known for his performances of the National Anthem, including in front of three Presidents. McGuire was lead trumpeter for the Lincoln Center Jazz Orchestra of New York City. McGuire earned his Celebrity Jersey Card for one of his performances at a D-Backs game. 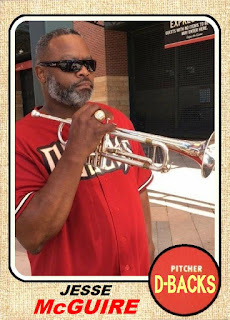