Jeff and Matt Hardy grew up in North Carolina and started the Trampoline Wrestling Federation, before gaining stardom in the WWE. Together they won tag titles nine times there and more than a dozen times elsewhere. Individually, each has won singles titles on multiple occasions. Currently, Jeff is with the WWE, but out injured, while Matt  signed with All Elite Wrestling earlier this year. Matt and Jeff joined other WWE stars for a special night at a Mets game and landed Celebrity Jersey Cards with each appearing on both cards. 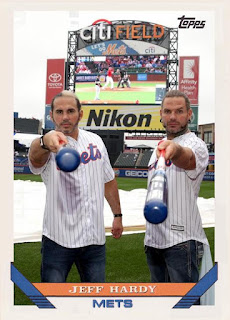 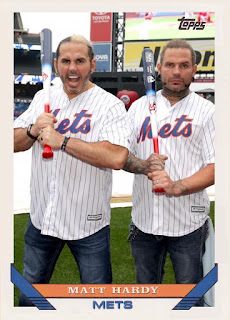