Born in Los Angeles, California, actor Mo McRae earned his Celebrity Card with the cross-state rival San Diego Padres. McRae co-starred in the very underrated Pitch television series about a woman pitcher. McRae is probably better known for his role on Sons of Anarchy though. Although he has a lengthy resume in his 20ish years of acting, I will take his role as Blip Sanders in Pitch above all others. 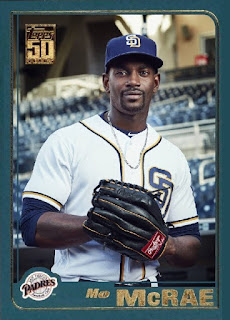 Actor Ken Medlock also earned his Celebrity Jersey Card with the Padres in The Kid From Left Field, starring Gary Coleman, but he also co-starred in a few other sports moves, like Moneyball. Medlock looks a bit like former Padres pitcher Randy Jones on this card. On a side note, nobody has worn #80 for the Padres. 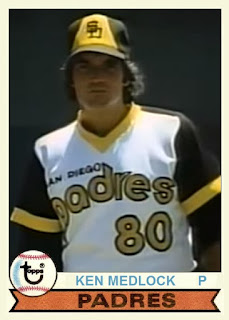