Pinfalls is back taking a look at the  WWE Extreme Rules PPV this Sunday, September 26. With regular co-host Candace Cordelia on assignment with Pro Wrestling Illustrated, I got Joey Roth, a fixture on the Chicago wrestling and entertainment scene, to join me to look at Extreme Rules.

Joey is an actor, podcaster, host, wrestler, manager and more. He is the current Chicagoland Champion, holding that title for 909 days and counting. Currently causing havoc in POWW Entertainment, among other places, Joey can usually be seen with Roxie Heart, the Queen Villainess, Together "The Symbols" are quite the wrestling power couple. Joey has also joined me on some interviews for Johngy's Beat. With a resume like that, Joey was able to lend his unique insight to Pinfalls.

The Usos (c) vs. The Street Profits

Joey and I agreed on some and disagreed on some. Even when we agreed, we had a couple different scenarios to go along with our predictions. We also discussed Zelina Vega, Doudrop, Eva Marie and the Women's Division, along with some other related topics. You'll have to watch the video to see all of that.

On Monday, I will recap the show and see how Joey and I did. I am 18-7 overall on my prognostications. Pinfalls can be found at Pinfalls: WWE Extreme Rules 2021. 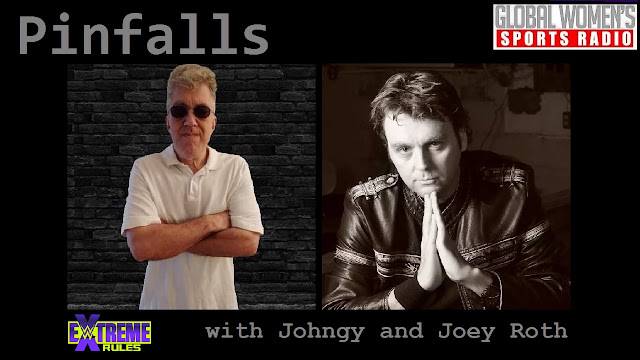