After a stellar career at UConn, Sue Bird has established herself as one of the greatest of all time in the WNBA. During her 20 seasons (all with the Seattle Storm), Bird has won four WNBA championships. She has won countless awards along the way. She also earned five gold medals in the Olympics. There is much speculation on her future. I am betting she comes back for one more season. Either way, she earned a Celebrity Jersey Card with her pro home team Seahawks. 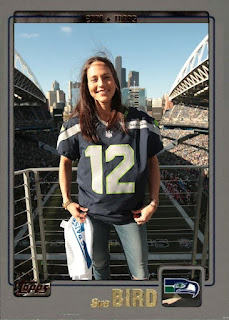 Like Bird, canoeist Nevin Harrison has also won Olympic gold. Harrison won the gold medal in the women's C-1 200 meters event at the 2020 Olympics.The 19 year old is a Seattle native. Harrison earned a Celebrity Jersey card with her hoetown team and shared it with Seahawks legend Paul Moyer. 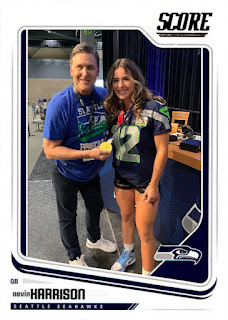