Last week, I was “On the Beat” with author friend John Cosper, who has lent his wrestling knowledge here several times. In this interview, we spoke about Dead Park Plaza, his newest fiction book of short stories, as well as Wahoo, his just released autobiography about Wahoo McDaniel. Lastly, and most appropriate to this site, John gave his thoughts on woman wrestlers to watch this year.

We started by discussing Dead Park Plaza, seven short stories of odd occurrences at an office complex. John describes it as “The Office Meets Tales From the Darkside." That's the perfect description. It's a collection of short stories of murder, mayhem and a little mirth in a seemingly mundane office complex. There is nothing mundane about the events, however, or the writing. A bit of quirky humor simply adds to the enjoyment.

The book is a quick, fun read, either all at once or savored one story per reading. I truly hated to get to the end of Dead Park Plaza, but I found "Executive Dining," the last story, to be the one I liked the most (although all were excellent).

The stories span 30 years at Lead Park Plaza, the four story office complex where all the strange things happen. John tells seven stories in Dead Park Plaza, but here can be (and have to be) many more stories to be told. While reading Dead Park Plaza, I was already hoping there would be a sequel (or several). Fortunately, in our interview, John revealed there is a good possibility for at least one more visit to Dead Park Plaza.

This isn't John's first foray into the world of fiction. He has a few other fiction books, including Charlie Kruel: Escape From VHS Hell, revealing the origin of our favorite purple-haired maniac wrestler. Dead Park Plaza is a winner, as I selected in my Great Reads 2021 list for Global Traveler.

The next topic was Wahoo the autobiography he co-wrote with Karen McDaniel, wife of the legendary wrestler football player. Wahoo lead a life which would have made an interesting fiction novel, but it was reality. John and Karen delve into the wild, crazy and real life of the larger-than-life character. From the wrestling ring to the pro football field and everywhere in between, Wahoo led quite a life and it is presented here in all its glory. Wahoo promises to make my Great Reads 2022 list.

Finally, we got around to discussing women wrestlers to watch this year. John started by mentioning OVW run by former wrestling star Al Snow. Al is really making OVW “must see” programming. Certainly a big part of that is the women's division, run by Maria James, aka Amazing Maria.

John gave his thoughts on several top women fans should watch in 2022. Among those are Haley J, Sierra, Judi-Rae Hendrix, Billie Starkz, Heather Reckless and LuFisto. John had insightful observations on each of these talented women.

Having previously discussed wrestling many times with John, I respect his knowledge and I will be looking out for these women. First up for me is finally seeing Billie Starkz, when she appears at 2econd Wrestling's Flood Zone on March 6 in Northbrook, Illinois.

As always, I really appreciate John's time and thoughts. I appreciate his contributions here and on GlobalWomensSportsRadio.com, Patch.com and GlobalTravelerUSA.com and look forward to more collaborations with him. For more info on John and his books, go to JohnCosper.com and EatSleepWrestle.com. 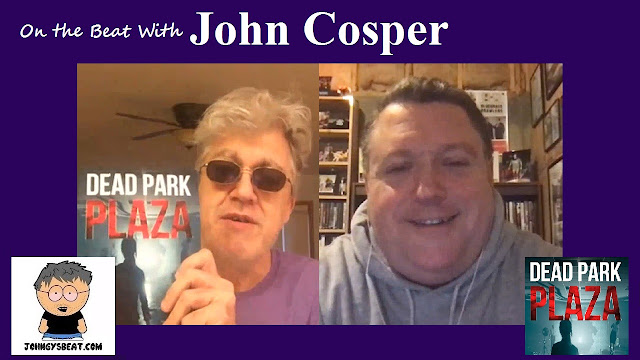