Earlier this week on Global Women's Sports Radio, I wrote Beat the Experts, featuring WWE Women's Royal Rumble predictions from 50 wrestlers, promoters, writers and other folks from the wrestling community. GWSR Contributor Tommy Else and I present made our predictions at Pinfalls: WWE Royal Rumble 2022.

The Royal Rumble airs on the Peacock Network on Saturday, January 29 at 6 PM from The Dome at America's Center in St. Louis, Missouri. Six matches have been announced:

Mixed Tag Team-Edge and Beth Phoenix vs. The Miz and Maryse

As usual, Tommy and I delved into all the matches, focusing on the women's matches. In a surprising development, Tommy and I agreed on all six matches, including picking the same winners for both Royal Rumble matches. You'll have to watch the video to see our predictions.

The Women's Royal Rumble is especially interesting. There are so many scenarios, possibilities and questions. There are several returning legends already announced. Some appear to be mere filler (Bella Twins, Michelle McCool, Kelly Kelly, Summer Rae), while at least one (Lita) appears to have a legitimate shot (at least according to the many experts who picked her in Beat the Experts. Returning veteran Mickie James brings a lot of possibilities all by herself.

As always, I will recap the outcome on Sunday, including how well Tommy and I did. I will also give kudos to any of our Beat the Experts contributors who correctly predicted the Women's Royal Rumble winner.

Tune into the Royal Rumble on Peacock and watch the fun unfold. Check back here for our coverage. 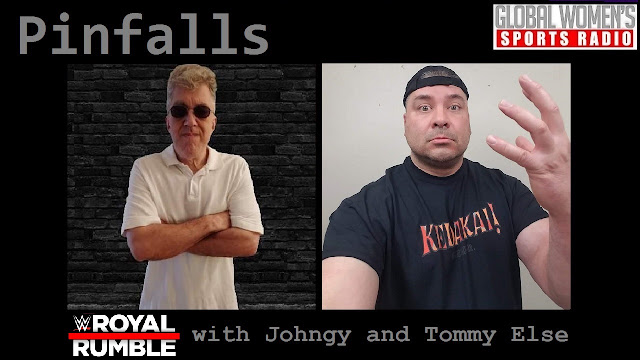