In "Crazy Is My Superpower," Mendez openly and courageously discussed her battles with mental illness, including earlier misdiagnoses. A New York Times Bestseller, her book won her a whole new following and the admiration of mental health professionals, too.

Phillip Hardy, Associate Professor Political Science at Benedictine University spoke about Mendez's inclusion in the series. "AJ represents so much about what the "Journeys in Leadership" series is about--a dynamic, accomplished person who can talk to our community about her challenges and rewards of her unique journey. From her experiences in the world of professional wrestling to the hurdles faced when writing a book, AJ is an outstanding addition to this program."

Mendez talked about her early life, her wrestling career, her battles with being bipolar and her book, which covers all of that. Her book, a favorite of mine, was only a small part of Mendez's work in the mental health field. She is passionate about removing the stigma of mental illness. People must treat mental issues as they would any other ailment. You don't avoid help for a broken arm and you shouldn't fear seeking help for mental issues.

After the main session, I asked Mendez about sharing mental issues with significant others. She replied to be completely open and honest with your partner. She urged all to share issues with your partner. Don't expect your partner to guess if you're having issues. Explain to your partner what is in your head and work through it together. That might mean a day spent on the couch, a long talk, a walk outside or anything else. Your partner might not understand what you are experiencing, but by opening yourself up, you help them react to your current situation better.

Wrestling fans will know Mendez is married to current All Elite Wrestling star CM Punk. He was in the WWE during her time in the company. The couple married in 2014 and reside in Chicago.

Mendez talked about her unique look. Calling it "tomboy," she did not buckle to the WWE Diva trend at the time. She rose to the top as herself, which made the success that much sweeter.

The thing that makes Mendez so special is she doesn't have to do any of this. She released her book after she retired from in-ring action. She doesn't do the comic con circuit, although she recently made a couple rare appearances/ None of this is about selling books or increasing her bank account.

I saw Mendez at a mental health speaking engagement years ago. She spent extra time with a couple young girls, ending their connection with super long hugs. I don't claim to know what occurred, but it was obvious Mendez was touched and reached out to the young ladies. There were no cameras. It didn't appear in any report on wrestling sites. I saw it and I appreciated it.

When I spoke to Mendez at that event, I promised her I would always support her cause and spread the word. In my small way, I am repaying Mendez for the work he does.

There are many suicide prevention hotlines. The National Suicide Prevention Hotline number is 1-800-273-8255. 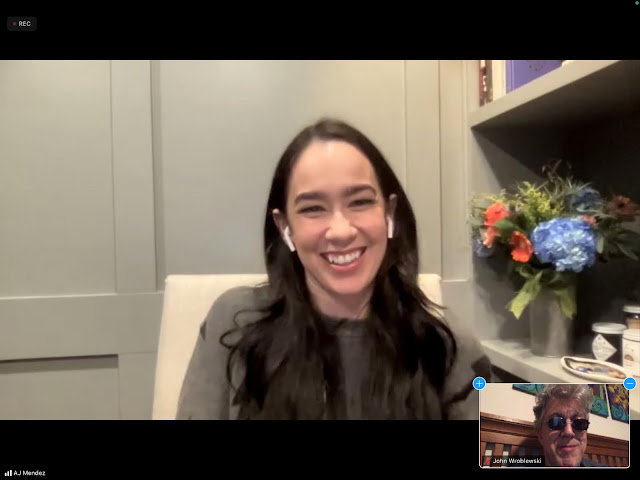 I think it's very cool that athletes (and famous people in general) are starting to speak up about mental illness. I haven't really followed wrestling since the early 2000's, but I do remember seeing AJ Lee and wanting her trading card.

AJ has done a lot to erase the stigma. A lot of her work is unnoticed or under-publicized. Thanks for commenting and stopping by.