Born in Queensland, Sandy Brondello has played basketball all over the world. A four-time Olympian with Australia's "Opals" national team. She was inducted into the Australian Basketball Hall of Fame in 2010 and is headed towards a similar honor in the United States. The current coach of the New York Liberty spent eight seasons coaching the Phoenix Mercury. During her time in Phoenix, she tossed a first pitch for the Diamondbacks and earned her Celebrity Jersey Card. 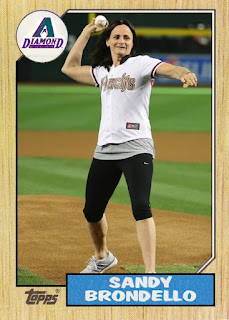 Raised in Houston, Texas, Brittney Griner was a standout at Baylor before the Mercury selected her with the first overall pick in the 2013 WNBA Draft. Griner is a seven-time All-Star and a WNBA champion in 2014. Earlier this year, he endured imprisonment in Russia. Like her coach, Griner tossed a pitch for the DBacks and earned her Celebrity Jersey Card. 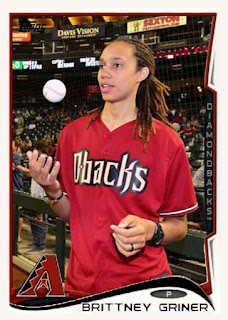