Boxer Chris Algieri was born in New York and earned the nickname "The Fighting Collegian" early in his career. He is 25-4 in his career and once held the WBO Junior Welterweight title in 2014. Algieri earned a Celebrity Jersey Card while tossing a pitch for the San Francisco Giants. Two more strikes and he would have had a punch out! 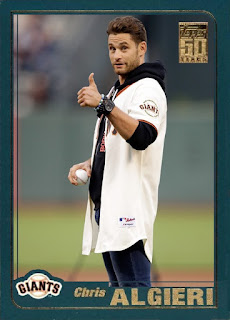 Wisconsin native Jordan Poole starred at Michigan before the Golden State Warriors selected him with the 28th overall pick in the 2019 NBA Draft. Poole has been a solid player with the Warriors, averaging 9.4 points per game over his three seasons. Poole turned his talents to the diamond and tossed a first pitch for the Giants to earn his Celebrity Jersey Card. 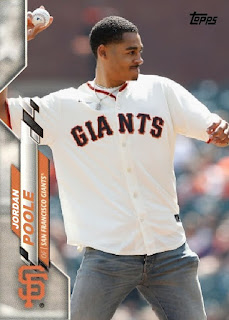 Must have Poole card, Go Blue!