The son of Buddy Bell and grandson of Gus Bell, David Bell is one of five third generation baseball players. David and Buddy are one of five father-son manager combinations. David had a solid 12 year MLB career, before going into managing. Fittingly, papa Buddy appears on David's Celebrity Jersey Card in the dugout during Buddy's time with the Texas Rangers. 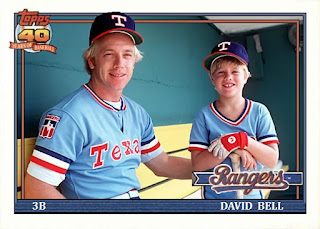 The son of music legend Charley Pride, Dion has carved out a solid musical career of his own. Unlike papa Carley, Dion never played minor lague baseball, but he has sung in many ball parks, including Arlington Stadium, where he earned his Celebrity Jersey Card. 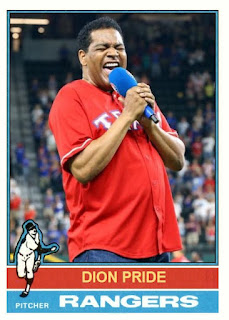