California native Sierra Joy Romero starred on the softball field at the University of Michigan, where she was a three time Big Ten Player of the Year. She went on to play pro softball with the USSSA Pride. An absolute stud on the field, Romero is a class act off as well. Romero earned her Celebrity Jersey Card during day with the Boston Red Sox. 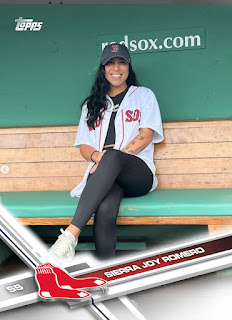 Estela Pinon starred at the University of Arizona, before joining the National Pro Fastpitch Chicago Bandits. I had the pleasure of knowing and interviewing her during her time in Chicago. Pinon married MLB pitcher Ken Giles and now has two children. Although Ken pitched for Philadelphia, Toronto and Houston, before joining Seattle this season, Estela gets a Celebrity Jersey Card wearing a Boston Red Sox jersey. 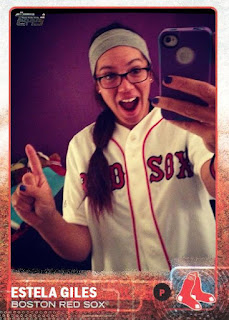