On the Beat With Michele Traina of Divorce Diaries

I recently saw a social media post from my entertainer friend David Vox Mullen promoting Divorce Diaries, featuring Michele Traina. Since Divorce Diaries returns to Chicago next Saturday and because I trust David's opinion, I was prompted to learn more about Michele and Divorce Diaries.

Michele is a comic, writer, actor, educator and more. She has worn and continues to wear many hats, and she wears them well. Already an experienced performer, Michele took her divorce and subsequent dating life and turned it into Divorce Diaries, her one woman show. It's “healing through humor,” a clever slogan for the production, but more importantly, the way she lives her life.

Divorce Diaries is pure entertainment. This is Michele exposing her life and her reactions. Michele's act is refreshingly honest, but light-hearted. Her goal isn't negativity, but rather to explore her emotions, healing herself and others in the process. She also isn't shy about poking at herself a bit, too.

Things I must make clear. I am single, not divorced and I am a man (obviously). Am I Michele's target audience? Yes I am and so is everyone else. Michele and Divorce Diaries is for all, whether you look at her act to heal through humor or simply just for surface level laughs.

I interviewed Michele to discuss all of this. Michele graciously gave me more in time and content than I requested. She also gave me lots of laughs, but I expected that.

She also told me about the Divorce Diaries television series with my pal David as a producer. Michele describes the show as “The Office meets American mom on amphetamines,” which is enough to capture my attention.

On Saturday, November 26 at 8 p.m., Michele brings Divorce Diaries to Lincoln Lodge at 2040 North Milwaukee on the near north side of Chicago. In addition to Michele, some special guests from the writing team for her tv series will join her for an improv part.

Watch our interview at On the Beat With Michele Traina. Go to DivorceDiariesShow.com for more info on Michele and her projects. 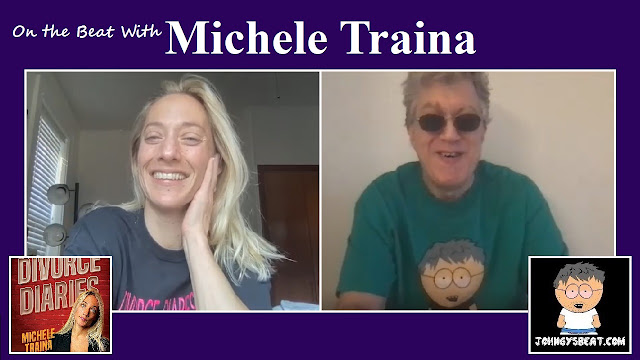