On the Beat With Corinne Schroeder

After playing on youth teams, Corinne played for seasons for the Boston University Terriers starting in the 2017-18 season. She finished with the best career save percentage (92.9%) and goals against average (1.98) in the school's history.

She went on to play one season for Quinnipiac University as a graduate student. Her first start was a 5-1 win over Maine. In the game though, Corinne made history. After a save by Corinne, the puck found its way into Maine's empty net, resulting in a goal being credited to Corinne. Unofficially, this is the highest level of women's hockey to have a goalie score.

While playing for Quinnipiac in the national quarterfinals, Corinne made an incredible 73 saves against top seeded Ohio State. Quinnipiac eventually lost in double overtime though.

Corinne discussed all of this in our interview. Echoing Kassidy Sauve from my last interview, Corinne felt a woman could play in the NHL, although now there are other options.

I realized true equality isn't women playing in the NHL. It is women having choices previous generations did not have. Corinne talked about being in this class of hockey pioneers, taking what others like Manon Rheaume accomplished to a new level and growing the game for the next generation.

For more info on Corinne and the rest of the players and PHF, go to PremierHockeyFederation.com. Check here and TheEveryDayFan.com for our hockey coverage. 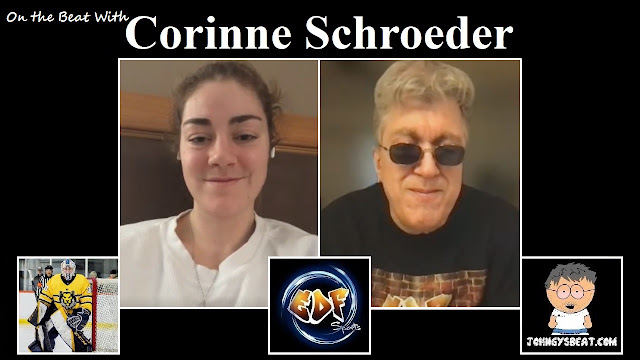