The Backup Catcher Hall of Fame Class of 2012

The Backup Catcher Hall of Fame is the brainchild of Cuzz Gekas and myself.  The germ of the idea stems from many long road trips and our interest in all things off the beaten path.
We both have an affinity for backup catchers.  We recognize their value and their lack of exposure and we decided to try to do something to salute the very best backup catchers.  We hope that everyone sees our sincerity, especially the inductees.  We really wanted to highlight these under-appreciated players.
We set up some guidelines for eligibility (which can be found in previous posts on the BCHOF here) and started with backup catchers from our lifetime (basically post 1965).  It is a work in progress and we have some ideas for future growth of the BCHOF.  So far, we concentrated on making sure our first three classes were beyond question.
To recap...
The BCHOF Class of 2010:Duffy Dyer, Bob Montgomery, Bill Plummer and Jeff Torborg
The BCHOF Class of 2011:Ron Hodges, Tom Lampkin, Doug Mirabelli, Mark Parent and Lenny Webster
We are very proud and happy with those first two classes.  Each inductee was an elite backup catcher and has represented the BCHOF well.
With that same excitement and pride, we would now like to announce the BCHOF Class of 2012... 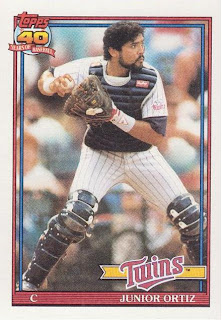 Junior Ortiz
Junior Ortiz played 13 seasons (1982-1994) in the major leagues. Among the catchers he backed up over the course of his career were Tony Pena (Pittsburgh), Sandy Alomar Jr. (Cleveland), and Pudge Rodriguez (Texas). He also was a backup along with fellow BCHOFer Lenny Webster (class of 2011) for the 1991 World Series champion Minnesota Twins. He has yet another connection to the BCHOF as he caddied for Ron Hodges (class of 2011), a starter by default on a woeful 1983 New York Mets team. In 749 games and 1,894 at bats Ortiz hit a respectable .256, however, he displayed no power registering only five HRs and 80 extra base hits in his career. Nonetheless, he came to work every day ready to play when called upon.. 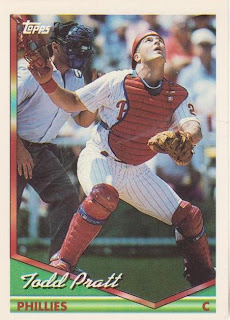 Todd Pratt
Todd Pratt was the consummate backup catcher for several teams from 1992-2006 including the Philadelphia Phillies and New York Mets. The strapping 6’3, 195 lb Pratt backed up Darren Daulton and Mike Lieberthal in Philly and Mike Piazza in New York. His career totaled 662 games and 1,869 at bats resulting in a .251 average with 49 HRs. He also boasted a .993 fielding percentage. Prior to his BCHOF honor, Pratt’s shining moment occurred in the 1999 NLDS, where subbing for an injured Piazza, he hit a walk off homerun in the tenth inning against Arizona to give the Mets the pennant. There is the feeling that under the right circumstance and playing for different teams, Pratt could have been a solid everyday catcher. However, he would never have received BCHOF status which truly is his rightful destination. 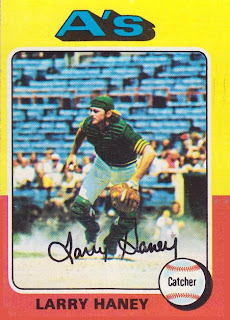 Larry Haney
Larry Haney began his playing career in 1966 with the Baltimore Orioles. He was selected by the Seattle Pilots in the 1969 expansion draft and played one season with them before being traded to the Oakland A’s. Over the next four seasons Haney played primarily in the minors appearing in only nine major league games and it appeared his big league career may be ending. His perseverance, however, paid off as he rejoined the A’s in 1974. That season he appeared in 68 games as a backup to Gene Tenace and Ray Fosse on the Oakland World Series championship team. Haney hit .212 with 12 HRs in 984 at bats over the course of his career. He was well known for his defensive ability, throwing out 39% of base-stealers, and for being a fine handler of pitchers. He later became a pitching coach for the Brewers and his son, Chris Haney pitched in the majors from 1991-2002. 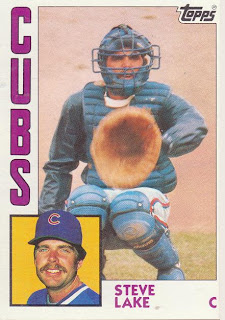 Steve Lake
Steve Lake played for the Chicago Cubs, Philadelphia Phillies and St. Louis Cardinals over the course of an 11 year career (1983-1993). Lake’s lifetime statistics include 476 games, 1,125 at bats, a .237 average and 18 HRs. Like many back up catchers, Lake was excellent defensively and had a cannon for an arm, twice leading the league in caught stealing percentage and posting a career mark of 45%. Chicago Cubs fans remember him as a backup to fan favorite Jody Davis and while with the Phillies, he joined fellow BCHOFer Todd Pratt as a backup to Darren Daulton. Lake was a reliable and dependable teammate and proudly accepted his backup status in the major leagues. 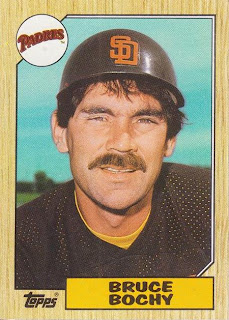 Bruce Bochy
Bruce Bochy has gained considerable fame as a major league manager. He has twice led the San Francisco Giants to the World Series title, winning it all this past season as well as in 2010.  Prior to that, he piloted the San Diego Padres from 1995-2006. Working with the low budget Padres he reached the playoffs four times including a trip to the 1998 World Series and was named NL manager of the year in 1996. Bochy, a true student of the game began learning his future craft in 1978 serving as a backup catcher for three NL teams. He is best known for his time with the San Diego Padres (1983-1987) and was Terry Kennedy’s backup on the Padres 1984 World Series team. Bochy batted .239 with 26 HRs in 358 games and 802 at bats over the course of his career. He was also part of history as he was behind the plate when Pete Rose recorded his record breaking 4,193th hit. While Bochy achieved the pinnacle of baseball success with the Giants, he undoubtedly will be wearing a Padres cap during his BCHOF induction for his long time service as a player and coach to that organization.

Thanks for reading. I hope all who read this know that the BCHOF is about respecting the roles they played.